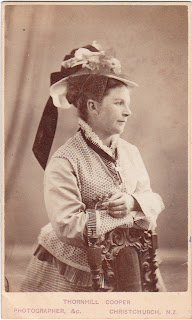 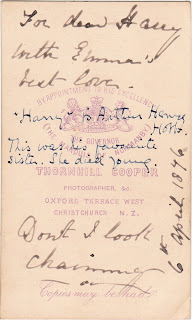 Life of Adventure
Insurance Veteran
Mr. T. Cooper 100 Today
(By Telegraph—Press Association.)
Christchurch, This Day.
A hundred years old today, Mr. Thornhill Cooper will receive the congratulations of insurance underwriters on his birthday as a mark of appreciation for a man whose services were of great value to the profession, and established for Mr. Cooper a worldwide reputation as a marine insurance adjuster.

Few men have had a more adventurous life than Mr. Cooper, his wanderings taking him into many countries and many strange places. Unlike many a rolling stone, he was able to settle down in Christchurch and establish a name for himself as a clearheaded and astute man of business.

He has crowded more adventure and incident into his life than would fall to the lot of half a dozen average individuals. Mr. Cooper's life story is mirrored in many books of delightful paintings and sketches which trace the activities of more than eighty years' wandering up and down the world.

His first sketch books tell of early days in Doncaster, where his father was a banker. Young Cooper first worked as a grocer's assistant, did not like the job, and became a railwayman. In 1860, he was in Melbourne, with the National Bank, but banking was too dull, and a year or two later he was off as a deck-hand for San Francisco. In the States, he worked on farms and in lumber camps, and kept a toll-gate over the Guadaloupe River.

When the Civil War broke out, Mr. Cooper saw the possibilities of New Zealand, and arrived at Port Chalmers in the ship Lady Young in 1863, again serving before the mast. He joined the Bank of New Zealand, and saw much of the wild, care-free life of the Otago goldfields, and took a course at Otago University, which qualified him as an assayer.

By 1866, his bank had transferred him to the West Coast diggings, where he had to show considerable courage, skill, and resource as one of the first gold buyers there. He narrowly escaped ambushes by the Burgess bushranging gang, and at one time had £40,000 worth of gold in his possession.

With the excitement going out of his job with more settled times, banking began to pall, and Mr. Cooper returned to his old love, the sea, this time as an insurance adjuster on marine risks. In this sphere he established a reputation which extended far from New Zealand.

As a photographer in early Christchurch, Mr. Cooper was patronised by the Governor of the colony, the Marquis of Normanby. His sketch books tell of journeyings in India, a trip round Cape Horn in a windjammer when the icebergs were near enough to transfer to static colours, and of a journey by rail across the Isthmus of Panama when to make the trip was to court yellow fever.

Pictures of convict hulks lying in Melbourne Harbour, troops leaving for the Sudan from Sydney, and glimpses of early Christchurch and Dunedin are fascinating reminders of a crowded life. Still active, Mr. Cooper was painting consistently up till a year or two ago, and still handles brush or pencil with skill. His motto, "Paint and be happy," has applied all through his life, and is still true.
Evening Post, Volume CXXX, Issue 142, 12 December 1940, Page 11