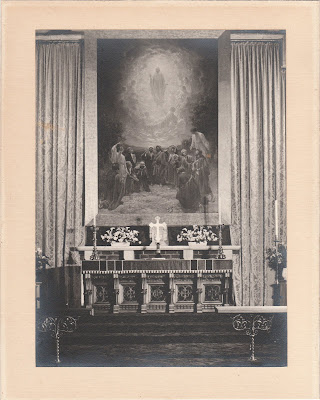 An interior view of the Church of St Luke the Evangelist, Christchurch.
Located at the corner of Manchester and Kilmore Streets this church was designed by Julian Cyril Mountfort (1852- 1920) and completed in 1909. It was demolished following the 2011 Christchurch Earthquake.