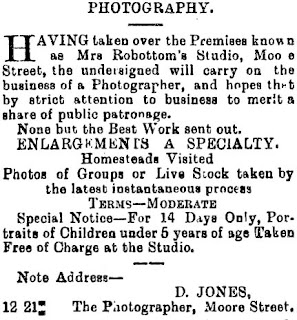 Photography.— Mr D. Jones, a photographer of lengthened experience, and, as his work shows, of skill and taste, has taken over Mrs Robottom's Studio in Moore street, and announces his intention of carrying on business in those premises. He makes a specialty of enlargements, and a further specialty of photographing homestead, villas, and cottage homes, and claims special facility in reproducing groups. Farmers and owners of live stock have frequently a desire to haye anything good that they posses preserved in photograph, and in this Mr Jones claims ability to suit their wishes by the latest instantaneous process. As a means of introducing himself to the people he will for fourteen days take the portraits free of children under five years of age at the studio. 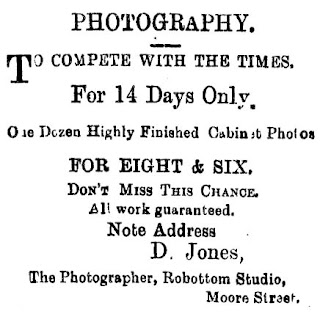 
On 2 April 1900 Mrs Robottom advertised she had taken over the studio in Moore Street, Ashburton. 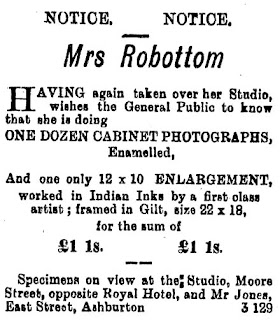 
On 3 January 1903 the studio for offered for public auction as Mrs Robottom was moving to the North Island.