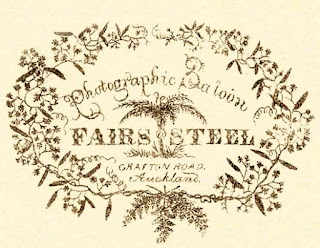 Thomas Fairs and George Steel both arrived at Auckland from London on the ship "Portland" on 22 July 1863, as cabin passengers. Mrs Fairs, J. Steel and Maria Steel also arrived at this time (3).

Mary Cripps of Burcot, Oxfordshire friend or relative, mention in probate record). Kate Steel was a lunatic within the meaning of "The Lunatic Acts", inmate of the Avondale Lunatic Asylum near Auckland - from about 1894. 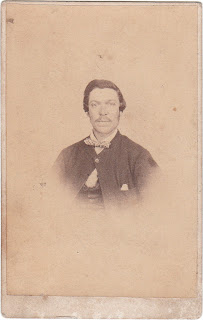 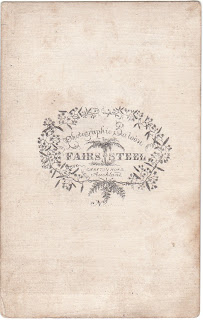 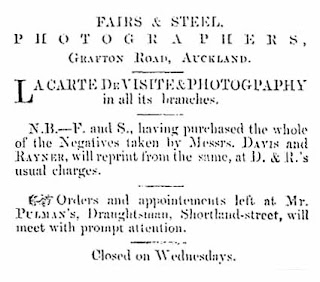 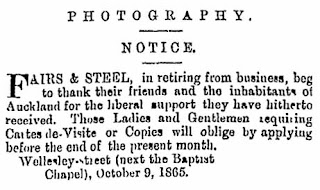 Mr Thomas A. Fairs - Curious antique watch, being one of the first of English manufacture, and originally worn by Oliver Cromwell. A curious sketch of the celebrated field of Worcester is to be seen on the dial. The watch goes with catgut instead of chain and was for many years in the British Museum, London. It was also shown in the Great Exhibition, and attracted much attention, being noticed by all the newspapers.

Mr. Thomas A Fairs - The only perfect pedigree extant of Oliver Cromwell, drawn out in pen and ink and colours, by Rev Mark Noble, FSA, 178; one of the curiosities of which is his descent from Fleance, son of Banquo, put to death by Macbeth, and immortalised by our great English bard, Shakespeare underlined red in the second row from the top, while that of the great Potentate is distinguished by a double line of blue in the sixth line it will be observed that, according to this pedigree, the family now become extinct.

Mr. Thomas A. Fairs — One of the oldest maps of London, as it was in the year 1560, showing the scaffold on Tower Hill, Old St Pauls, London Wall, Spitalfields, &c as being literally fields of grass. Old London Bridge is worthy of attention as having the houses thereon depicted on the map.

Mr Thomas A. Fairs— Short sketches of the Ancient Greeks and Romans, illustrated with woodcuts 1524, being one of the most perfect specimen in the world.

Mr. Thomas A. Fairs - Copy of the "Sun" Newspaper of the Coronation of Queen Victoria, printed in gold.

Mr. Thomas A. Fairs - 22 specimens of illuminated work on parchment, by French Nuns, 1400.

Housebreaking in Grey-Street.
On Saturday night, a man named Patrick Murphy was given into custody for breaking into the house of Mr. R. H. Bartlett, (the photographer Robert Henry Bartlett) of Grey-street, and stealing a revolver, three blankets, and a black dress coat.

It appears, for some days past Mr. Bartlett has been at the Thames, and that during his absence a Mr. George A. Steel has been looking after his business in town, and sleeping at his residence in Grey-street at night.

On returning about ten o'clock on Saturday evening, he was surprised at seeing a light in one of the windows, and supposed that Mr. Bartlett had returned from the Thames. He knocked at the door, but no one answering he opened the door with the key, when he saw Murphy in the passage. He immediately collared him and locked him in one of the rooms, and on making a search he found that a revolver was missing from its place on a table by the bedside, where he had left it in the morning.

A bundle was lying on one of the chairs which had been made up by the prisoner, and which would no doubt have been carried off had it not been for the opportune arrival of Mr. Steel.

On missing the revolver, that gentleman went in to Murphy and asked him what he had done with it, when the latter lifted up the bedclothes, took it from beneath, and handed it over. Mr. Steel then sent for assistance, and, on the arrival of detective Ternahan, Murphy was given into his his charge and conveyed to the lock-up. 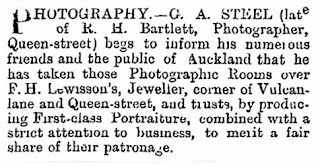 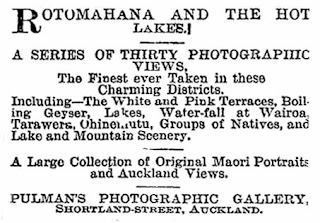 The romantic districts of Rotomahana, Rotorua, and the Lakes, with their natural associations, are now amongst the world's attractions, and, year by year, the number of visitors are on the increase. Poets, painters, and authors, have been struck with the unrivalled beauties and marvels of these districts, and have eulogised them in song, picture, and story.

Photography also has imparted additional interest to the lake scenes by its perfect delineations of the pink and white terraces, water-falls, and geysers, decorated by the cunning hand of Mature.

Without detracting from the merits of other photographic views, we may state conscientiously that Pulman's new views of tho Hot Lakes, and the surrounding localities, recently taken by Mr Steel, are among the finest, for clearness of outline and minuteness of detail, that have yet been produced in this colony, and as such are worthy the notice of lovers of art and persons of taste. See advt.


The photographic views of Rotomahana, Ohinemutu, and Hot Lakes, exhibited by Mr Robert Graham at the Melbourne Exhibition, were taken by Mr Steel, of Pulman's photographic rooms, Auckland.


We noticed in Pulman's window, Shortland street, an excellent photographic view of the new Masonic Hall, Princes street, taken by Mr G. A. Steel, of Pulman's photographic rooms. The picture is highly satisfactory, and very striking in every respect.


Some of the most beautiful of natural scenery, and the finest waterfalls of this island have been discovered at Waitakerei, and have attracted numbers of pedestrians to those hitherto unexplored recesses. A series of nine excellent photographic views of the choicest spots in this fern and kauri region, including the upper and lower falls, bush and fern scenery, &c, have recently been taken by Mr Steel, and a complete set may be seen at Pulman's photographic rooms, Shortland-street.

King Tawhiao and a number of his party paid a visit to Pulman's photographic establishment yesterday, and, Tawhiao especially, expressed admiration of the new series (200) of Hot Lake views, taken during the months of March and April by Messrs Steel and Pulman.