Photography is an art which has been brought pretty well to perfection of late years. Locally there are numerous exponents. The latest to pitch his tent amongst us is Mr Clayton, and he has chosen for a site the vacant section opposite to Mr Beattie's store. As those who have studied the art know, no better light than, that obtained through canvas can possibly be secured, and Mr Clayton challenges comparisons of his skill by exhibiting work which he has executed.
Mataura Ensign, Volume 15, Issue 1263, 17 February 1893, Page 6
The artistic photographic work of Mr C. Clayton, as exhibited in a shop window in Main street opposite the Bank of New Zealand, has been attracting considerable attention. We were yesterday shown by Mr Clayton two group of Band of Hope children, one of about 50 boys and the other of some 70 girls, taken on the lawn at the rear of Mr Beattle's late residence. The children are well grouped and the work all through is first class. Mr Clayton has also had a number of pictures of well known local and district residents on view, and these are all excellent specimens of the art. Mr Clayton intends erecting a gallery and making Gore his head-quarters from which to work the district.
Mataura Ensign, Volume 15, Issue 1272, 21 March 1893, Page 2 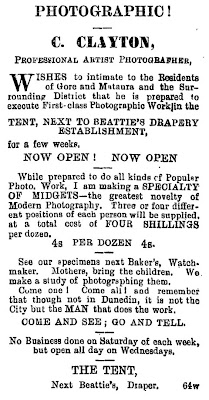 We have been shown by Mr Clayton, photographer, the picture of the members of the Gore Wesleyan Choir, which were taken for the purpose of presenting to Mrs Abernethy. The individual portraits are good, and the grouping has been done with the view of bringing the different part-singers together— a very good idea.There are photos of the manse and church at the top corners, and a very good panoramic view of Gore at the bottom. The picture is to be appropriately lettered, and when complete will make a very nice present.
Mataura Ensign, Volume 15, Issue 1284, 2 May 1893, Page 2

"Local Art" is the heading of a business announcement by Mr C. Clayton, which sets forth what the advertiser is prepared to do in the way of photographic enlargements.

Some specimens are to be seen in the window in Main street, and are attracting much attention. The most striking is a life-like and life-size (to measurement) picture of Mr Joseph Baker, which is as perfect a specimen of the art as could be wished for. A group of mill hands (Mr G. Stevenson's of Riversdale) is also remarkably good, as in fact are all the others, which consist of individual portraits and family groups. These are all finished in the gelitine process and are permanent pictures.

There is also a little gem - a matt-opal picture of the Mataura Fall before the water was diverted for the Paper Mill and Freezing Works races: it is quite the best of the many pictures of the falls we have seen. Mr Clayton has had considerable experience in the enlarging branch of photography, and it is gratifying to find that pictures equalling anything that can be procured outside on be completed in Gore, and as the prices are exceedingly moderate no doubt anyone wishing to "secure the substance ere the shadow fades" will patronise local industry.
Mataura Ensign, Volume 15, Issue 1308, 25 July 1893, Page 2

C. CLAYTON, Artist Photographer, late of R. H. Bartlett's (Gold Medalist by appointment to H.R.H. the Duke of Edinburgh, His Excellency Sir G. P. Bowen and the. Earl of Pembroke) studio, Auckland; also late operator, etc., to C. Hemus (by special appointment), Auckland, respectfully announces to the residents of Gore, d Mataura and surrounding districts that he has decided to settle permanently in Gore; also that be is now making a specialty of enlargements in gelatine, opal, carbon, ink (guaranteed non-fading), water and oil colors from miniature to full life size. Old, small, or fading photos copied, renewed, or enlarged.

Notice I have 15 to 20 specimens (various sizes) on view next Baker's watchmaker, and respectfully invite inspection. The whole of the work of these from first to last, throughout, is done in Gore on the premises by myself, and having had many years of experience in, this branch of the profession in the above well-known studios and others of Auckland, patrons can be sure of thorough satisfaction being given.

The photographic studio in Main street, Gore, which was occupied for many years by Mr Carl Hagen, and has now passed into the hands of Mr C. Clayton, has undergone very extensive alterations and been completely refurnished and re-decorated, making it attractive, comfortable and thoroughly up-to-date in fact, in every way a credit to the enterprising proprietor. Mr Clayton has had an extensive connection with the art, and consequently knew "what was what" when obtaining his outfit; and as a result he is enabled to do all classes of work in a highly creditable manner. He has now everything at hand to ensure efficiency, and we are pleased he is satisfied with his trade and prospects.

All classes of work are on view from the modest midget to the lordly life-size enlargement and the likenesses are equally good in every grade. The work is completed on the premises, and a representative of the ENSIGN was yesterday shown the enlarging process, of which, Mr Clayton makes a specialty and which department of his art he has had great experience.

By advertisement elsewhere it will be noticed that Mr Clayton offers to give as a Christmas present to mothers who will bring their babies (from 12 to 18 months old) to be photographed, an opal photo, free gratis and for nothing, and this without the necessity to take any other photos to secure the gift. Business on these should be decidedly brisk for the next two weeks.
Mataura Ensign, Volume 15, Issue 1349, 19 December 1893, Page 2 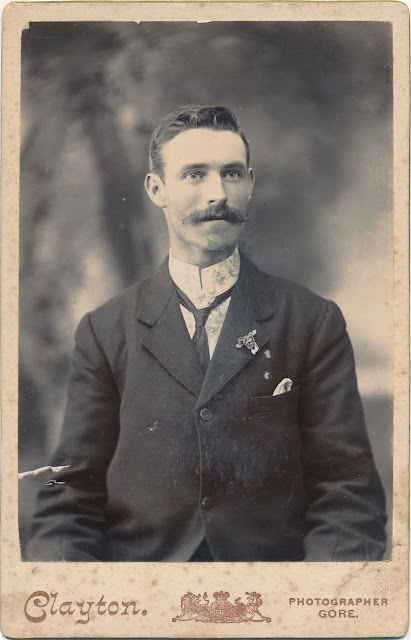 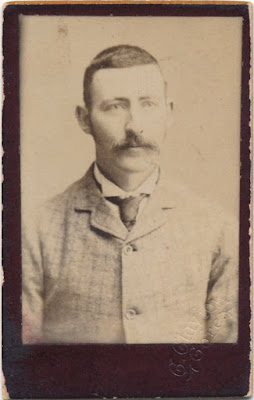 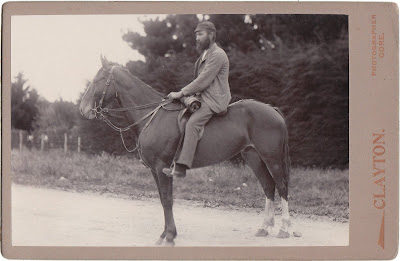 Posted by Early Canterbury Photography at 12:14 AM