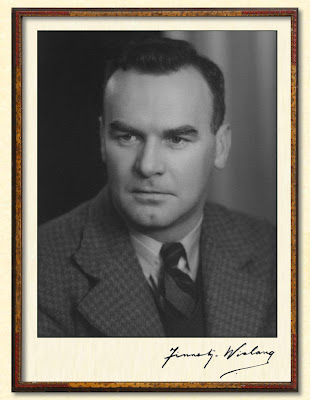 In 1940 Terence Finnerty's studio was located at 155 Gloucester Street where he was in partnership with Athol Wislang. This studio was one of the 40 shops that formed New Regent Street which was designed by H. Francis Willis in the Spanish Mission style and opened in 1932. About 1946 he moved around the corner to 4 New Regent Street where he was in partnership with John H. Leigh. By 1948 this partnership had ended and he had moved his studio to 60 Cathedral Square, near to where Wheeler & Son's studio had been located.

above: The Finnerty-Wislang studio was first located at 155 Gloucester Street, shown on the far left of the drawing above. 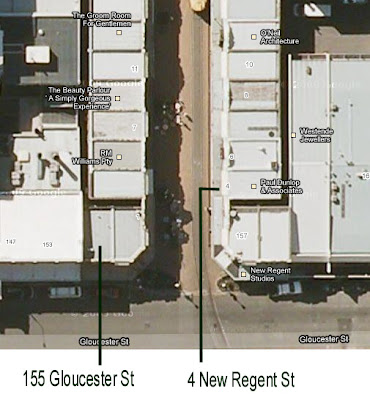 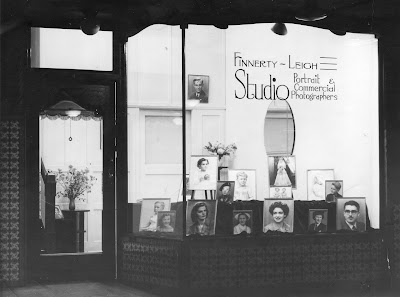 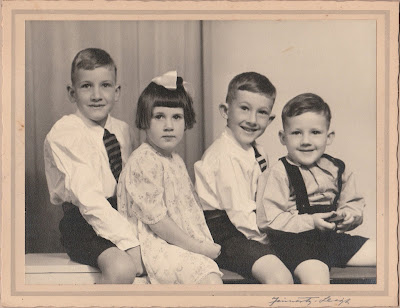 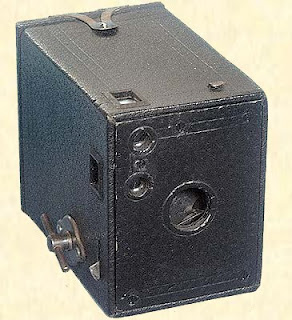 Many photographers today will boast that they started their career with the famous Box Brownie camera and in a way, so did I. It happened that at the time I first became interested there was an advertisement for the No. 0 Brownie in the paper. Ten shillings seemed reasonable to my brother and me and we went halves in the deal. 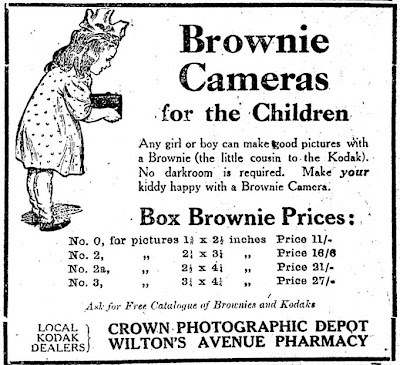 above - an advertisement for Box Brownie cameras from the Wanganui Chronicle of 22 November 1919. The Box Brownie no. 0 camera was introduced in May 1914 and discontinued in April 1935.
Time passed until I discussed it one day with the engine driver at the local sawmill. He had at one time been the manager of the Hermitage at Mt. Cook and also a photographer of considerable ability (1). He invited me home to see some of his work and to show me his cameras, for which he now had little need. He showed me some superb prints, contact on the old print-out paper, which was known as P.O.P. This was exposed in a special frame to daylight and when dense enough was removed and toned in a bath of gold chloride, which even then was very expensive. It produced a beautiful purple toned print, the quality of a large format contact print of this kind has to be seen to be believed. I don't think we can do any better today, for all our auto-focussing, auto-exposing and auto-everything else technology.

I persuaded my mother to buy one of his cameras, a Thornton Pickard Imperial half-plate size, for seven pounds. Plates to feed this lovely camera cost five shillings and threepence a dozen, which was a lot of money in those days, so you shot one plate and went off home to develop it. The emulsion was orthochromatic so we processed it under a red safelight.

The year was about 1927. I saw a copy of the B.J.A. Almanac in a dealer's window. The price seemed pretty reasonable so I brought it. What an interesting new world opened for me. There were wonderous new cameras and other items of photographic exotica to dream about. One in particular seemed just a little unreal. It was a thin looking affair that did not resemble a camera at all, it had no bellows or much else. But the book said it was in fact a camera, that it was of excellent German manufacture and even had a focal plane shutter and a high quality lens of f3.5 aperture. It was called a Leica, but I could not see a future for it, especially as it was offered at an unusually high price. How wrong can you be! The book was dated 1926, the year Leitz sold 1654 cameras. The figure doubled the following year.

I could not get away from photography now, so it has to be made to pay. A friend and I started canvassing for work. We offered a sitting in the home and supplied six postcard portraits for one pound. This was obviously not going to make us rich so we though up another scheme. This was the era of the "sixpenny hop" (dance).

The idea was this. We lined the patrons up on the stage and photographed the group. We used a flash gun which ignited the magnesium flash-powder by means of a clockwork operated wheel and flint - something like a cigarette lighter. There was an almighty flash and clouds of fine grey dust would settle on the dancers and on the intrepid photographers, who would beat a hasty retreat, but we would be back next Saturday with the pictures to sell. The 1930's depression was by now well and truly with us and my career suffered a few setbacks, until I spotted an advertisement for a camera operator. I got the job. To photograph mostly children, with some adults, who were persuaded by a coupon salesman who would arrange a sitting with their top camera artist for the small sum of seven shillings and sixpence. When the sitter returned for the proofs she would be at the mercy of our sales lady who would not let go without a substantial order. It was all good clean fun and some of the pictures were not too bad. After awhile we started to travel, with the coupon salesmen going on ahead. In that way I got to see a lot of the country and generally enjoyed the experience.

The year 1939 saw a new avenue open for me when Athol Wislang and I opened a studio in Gloucester Street, Christchurch. This was a good little business which my partner left to join the Army and I to enter the photographic section of the Air Force. The photo section was a pretty good place to spend a few years although the equipment we had was a bit primitive. In particular our first enlarger was an old horizontal whole-plate model which would have been "state of the art' gear about 1906. But we somehow managed to do a good job. We had to.

After the war I went back to studio life but a new partnership did not seem to be working out, so it became necessary to seek my fortune elsewhere. I was offered a job in Timaru and took it. By a rather strange turn of fate I now found myself working for my former partner, Wislang, who was now in partnership with Bill Wood in their Langwood Studio. This was a happy arrangement for all of us. After a while they dissolved the partnership, which left me as the principal photographer of that studio. I next took to the road as a traveller for a Palmerston North firm, selling Balda cameras and various other photo goods. Soon after that I met the late Bruce Watt and stayed with him in a very good relationship for about ten years. It was thanks to the generosity and kindness of Bruce that I was to attend Photokina in Cologne in 1968 - a never to be forgotten experience.

It is a long lane that has no turning and now I felt that I should like to end my career in the same way that I started it, as my own master. My wife agreed and we brought the studio of Norm Squire in New Plymouth. This was a good outfit and by installing a fairly complete Courtney lighting system and moving into roll film by way of the excellent RB7 we modernised the work method. Two years of weddings was enough, so I sold out and retired.

In sixty-two years of photography I met many interesting people and handled just about every camera you can think of. I do still have a couple of late models, but they do not get much to do these days.

note:
(1) this may by Jack Adamson, born in Timaru in 1867 he was the manager of the Mount Cook Hermitage from 1893 to 1896, refer to Feeling for Daylight - The photographs of Jack Adamson by Rhian Gallagher, 2010. 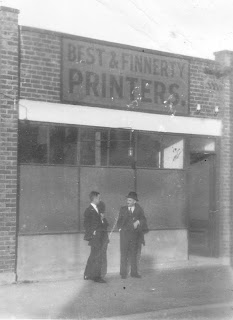 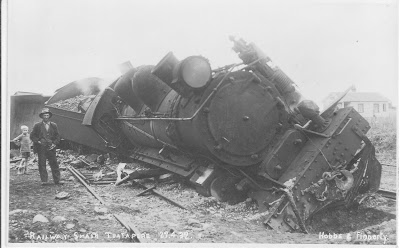 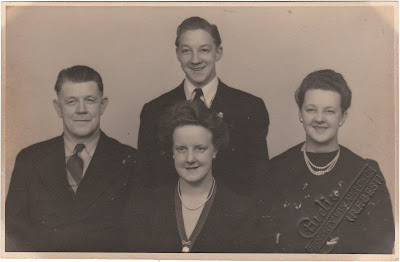 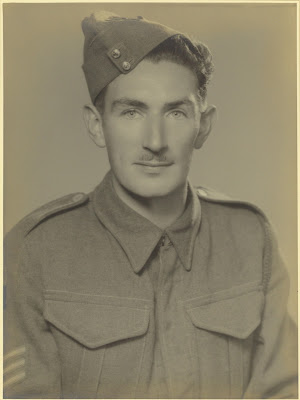 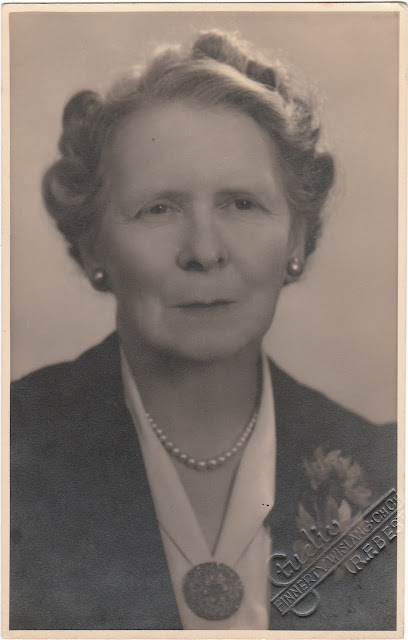 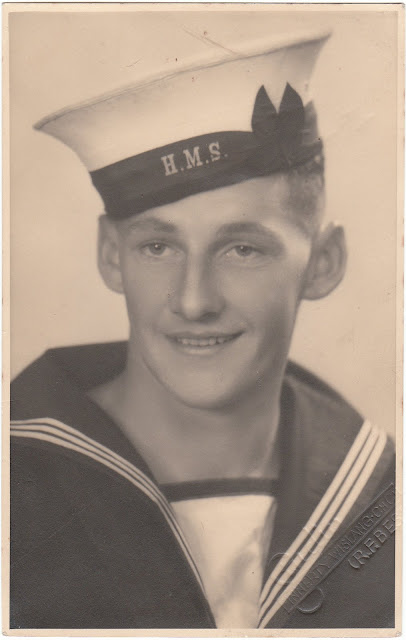 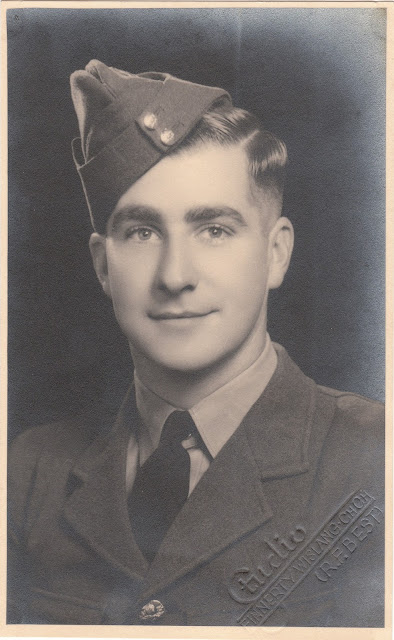 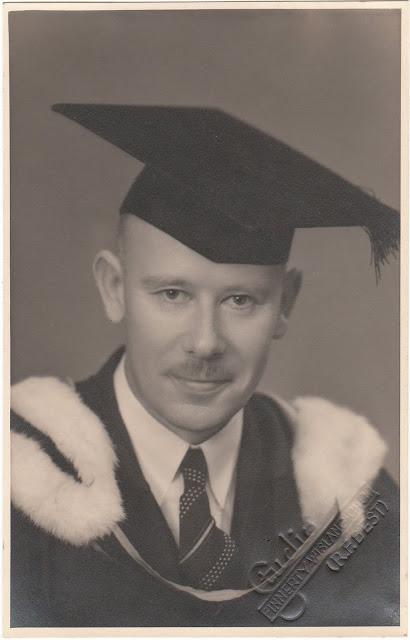 The man pictured below is the same man as that pictured above; the photographer is not known. 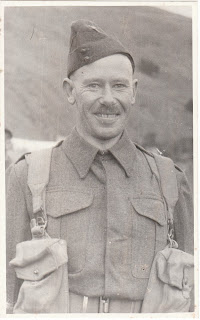 The "Finnerty" referred to in this Blog was my father, Terence Finnerty.

Athol Wislang, a partner in the studios referred to above, was the second son of Alice McDougall and Albert Wislang. His brother was Raymond Wislang. I understand Athol was twice married and may have had children including Brian Wislang of Nelson.
He was a War Graves photographer in Italy with 2NZEF. Athol's grandmother was Sarah Goodwin, daughter of William Ambrose Goodwin and Jane Goodwin formerly Parsons, nee Wade. Sarah married William McDougall who took over the mechanical totalisator business from WA Goodwin when he died in 1906.
Athol was the photographer at his cousin Vernon Goodwin's wedding to Carmen McCausland in 1947.

thank you Vern for this information regarding Athol Wislang, it is interesting to know that he was a war graves photographer and to identify his family members.