brother of the photographers:

The influenza epidemic has in its waning hours carried off another well-known Dunedin citizen in tho person of Mr. Guy Morris, who died on Saturday, aged 50 years, after less than a week's illness. He was "Guy" of the Otago Witness," and was also the proprietor of a photography business in Moray place. In his profession he specialised in outdoor work, and to-day there are in existence many hundreds of scenic and other artistic photographs and reproductions which will form a monument to his handicraft.

Deceased was born in Manchester, and arrived in Dunedin with his people at the age of 12 months. He learnt the art of photography from his brother, also a photographer in Dunedin, with whom he worked for many years, afterwards going into business on his own account.


Obituary
Mr Guy Morris. A large number of Dunedin citizens will regret to learn of the death of Mr Guy Morris, which occurred at his residence in Maori Hill on Saturday afternoon from pneumonia following influenza.

Mr Morris made many friends by reason of his straightforward, trustworthy character, and by these he will be greatly missed. He was the youngest son of the late Mr J. R. Morris, for many years city valuer in Dunedin, and the brother of Mr J. R. Morris and Hugh Morris, photographers. He leaves a widow and four children.


Happy in his domestic life, and an enthusiastic gardener, he yet found time for recreation in the way of shooting, and was a few years ago a fine billiard player. In everything he took in hand Guy Morris was, above everything, "a clean sport."

As a photographer he was well known, especially in connection with outdoor subjects and news-paper illustrations. Deceased, who had reached the age of 50, was born at Manchester, and arrived in Dunedin with his parents when about one year old.
Evening Star, Issue 16929, 30 December 1918 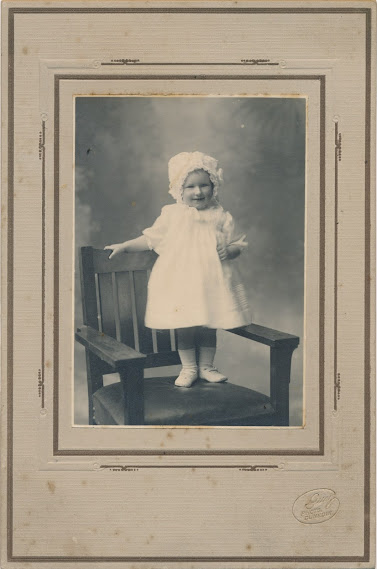 reverse inscription "To Grandma & Grandpa with love from Eunice" 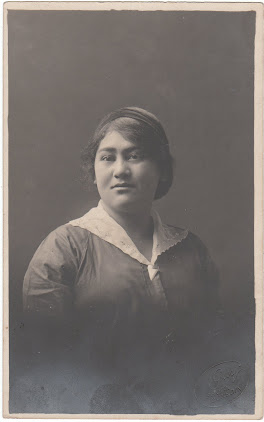 reverse inscribed "To Ethel from Whella May 1st 1915" 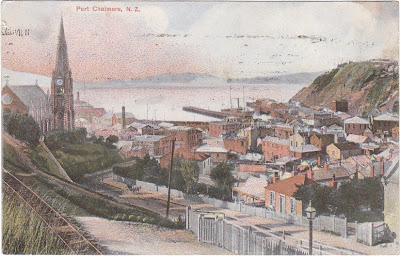