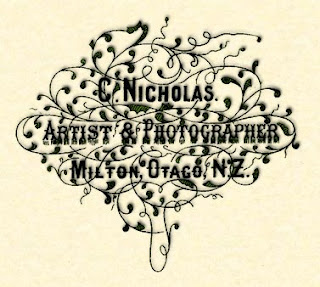 Buildings seem to grow apace in this township of Milton. During the past week Mr C. Nicholas has opened his new establishment next the Post Office, which is now quite thrown thereby into the background.
Bruce Herald, Volume VI, Issue 628, 16 June 1869


All that piece or parcel of land, being part of sections 2 and 3, Block II., Mr James Elder Brown's subdivision of the Township of Milton, having a frontage of 30 feet to the Main South Road, and a depth of 155 feet, containing 20 poles (more or less), together with Stationer's Shop, and a four roomed dwelling-house, and detached newly erected Portrait Gallery 30ft in length, lighted from the roof and on both sides. Having spared no expense in making it perfect, the shop is replete, and fitted up so as to economise space. The whole of the valuable stock can be had by the purchaser of property, at valuation, otherwise the whole will be sold without reserve.

N.B.—The Auctioneer begs to inform his friends and the public in general, that the declining health of Mr. and Mrs Nicholas makes it imperative (and is the sole reason) for them to leave Milton. The property adjoins the Post Office, and directly opposite the Bank of Otago, situated in the most central part of the township. Terms at sale.
Otago Daily Times, Issue 3134, 22 February 1872, Page 4 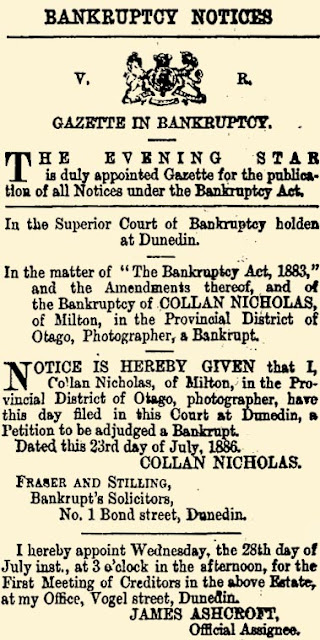 The first meeting of creditors in the estate of Collan Nicholas, of Milton, photographer, was held at the Assignee's office this afternoon. Mr Fraser appeared for the bankrupt.


The bankrupt, examined, stated that he had been in business seventeen years [therefore since about 1869], and his present position was owing to sickness in his family and the death of a son [Collan Edmund Nicholas] by drowning at Invercargill. He could not offer more than 2s in the £. The meeting adjourned for a week.
Evening Star, Issue 6966, 28 July 1886


Obituary.
The death occurred at the District Hospital yesterday of Mr. Collan Nicholas, late proprietor of the St. Austell photographic studio. Mr. Nicholas was 72 years of age at the time of his death. He originally came from St. Austell, Cornwall. He had just disposed of his Mackay business, and one of his sons had just opened in business at the Proserpine. The deceased leaves a widow and one daughter, who at present reside in Melbourne, and two sons. The youngest son (who had been at the Proserpine to assist his brother) returned from the north yesterday, and will thus be able to attend his father's funeral, which takes place to-day at 10a.m.
Daily Mercury (Mackay, Qld.) Saturday 6 November 1909, page 4 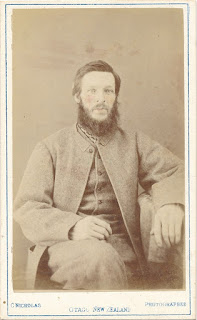 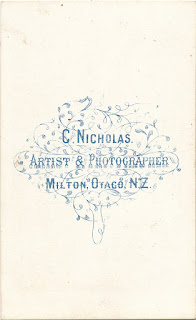 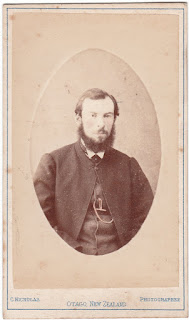 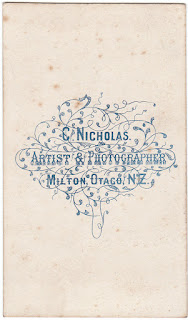 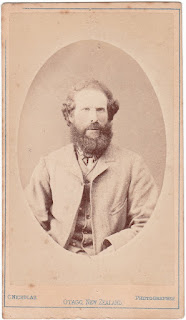 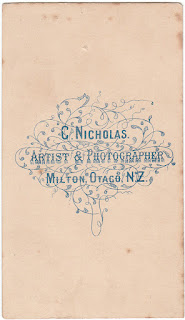 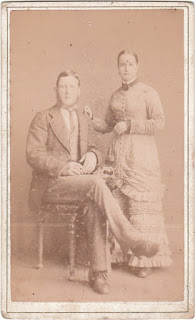 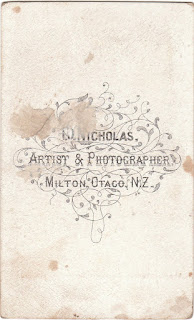 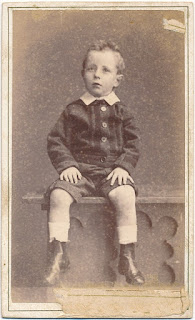 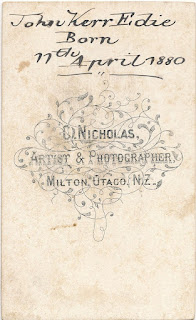 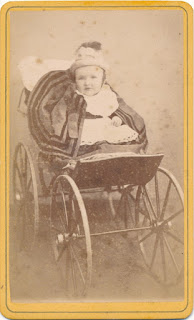 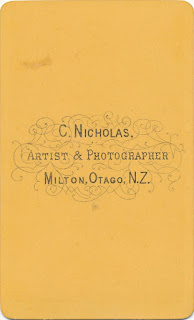 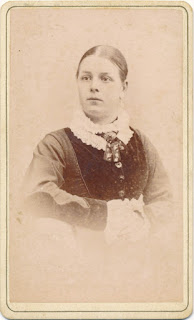 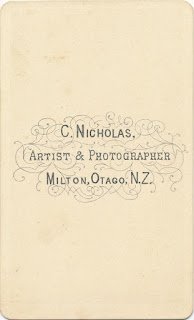 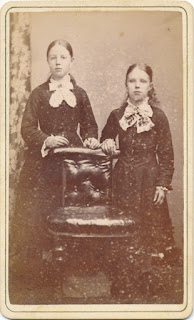 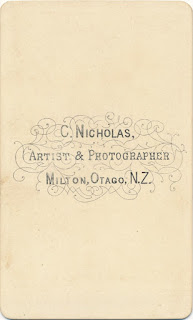 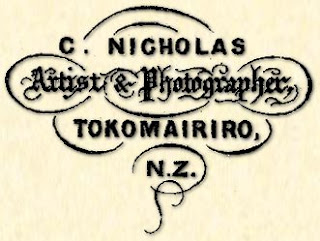 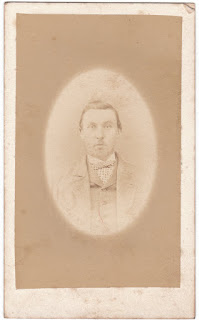 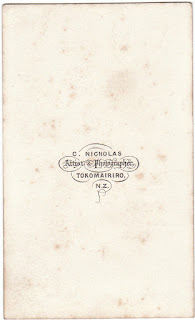 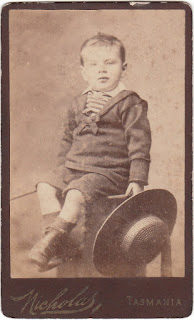 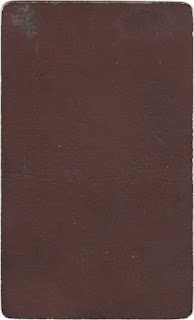 While apparently Collan died at Mackay on 5 Nov 1909, does anyone have any information on the fate of his brother Richard?

It's taken me most of the day to find this ... a posting on RootsWeb indicates that perhaps Richard John Nicholas died in Kenya about 1910, how this could be proved I do not know. I'm not familiar with African records. He did not die in New Zealand and I couldn't find his death in Australia.