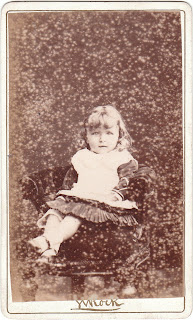 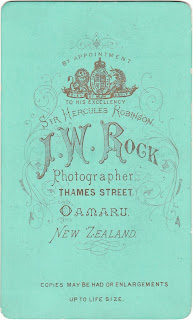 John William Rock was born in Islington, London in 1848 (1) the son of John Dennis Rock, a tin and tin plate merchant and his wife Emma Guard. The 1851 census shows the family at 46 Park Street, Islington. John Dennis Rock who was born in Birmingham is then aged 48 years and Emma Rock who was born in Devizes, Wiltshire is 31 years old. The census also shows one other child, a daughter Lydia Rock who is aged 9 months. Also at 46 Park Street are two servants, Sarah Jones and Margaret Sleigh.(2) The 1861 census shows the family at Blackburn House in Southgate, Middlesex. John William Rock is twelve years old, his father was then aged 58 years, his occupation is a merchant.


Messrs R. Clifford and Co., of Dunedin, who have gained an extensive reputation as photographers, will open a branch establishment in Oamaru on the 14th inst. in the studio lately occupied by Messrs Ferrier and Rock. 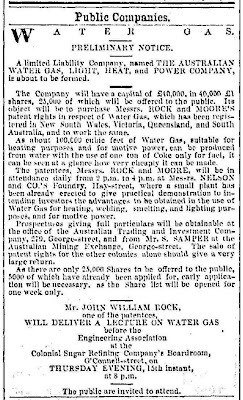