RESIDENT MAGISTRATE'S COURT.
Tuesday, 21st March
G. S. Paul v. R. Clifford.— Claim £14 7s 9d. for paper supplied for photographic purposes.— Mr Adams for plaintiff; Mr Fitchett for defendant — Judgment was given for plaintiff for the amount claimed, with costs the defendant stating his intention of bringing an action claiming damages for the destruction of a portion of the goods by plaintiff.


BALCLUTHA. (FROM OUR OWN CORRESPONDENT.)
Brevities G. S. Paul and Co., a Dunedin firm of photographers, have just opened a studio here for a short time. 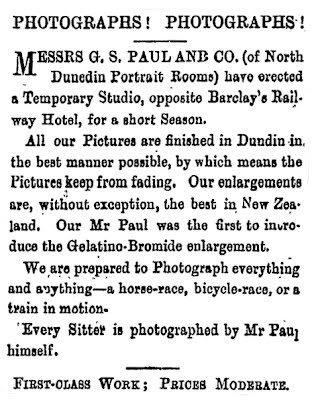 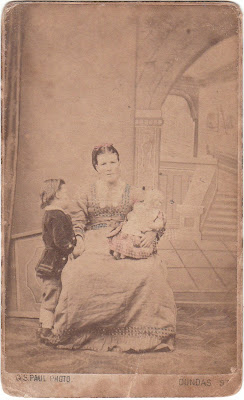 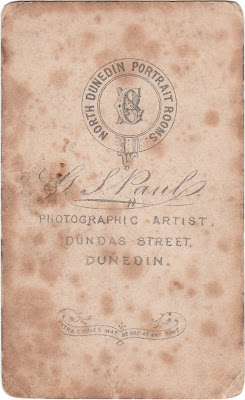 Instantaneous Photography
Messrs G. S. Paul and Co., North Dunedin Portrait Rooms, Dunedin, have opened a branch studio for a brief season only in Moore street, Ashburton, opposite Royal Hotel, known as Taylor's Portrait Rooms, extending over the Christmas and New Year till the 21st of January, 1889, where they are prepared to do photography as never before approached, and at prices equally low for the quality of work. All work will be executed by Mr Paul himself, who is so well-known, being the first to introduce to the Colony the bromide enlargement, and to the world that dry plates were and are the acme for field work. Inventor of the Gladstone Camera, &c, &c: See Testimonials, Circulars, and Posters.

All branches of photography executed and finished at our Dunedin House, by which means only can a travelling photographer secure first-class and permanent work. We were the first to introduce this method into the Colony.

Our prices, by deposit ticket, which must be secured before the 25th December to share our holiday low prices:-

Boudoirs, per dozen, 30s, usual price £4 4s; do. per half dozen, 20s, usual price £2 10s. Deposit tickets, 2s 6d each, can be obtained from travelling agents, who will wait on you and explain anything required, or at the Studio. Come early to prevent the rush at holiday time. Any person holding a deposit ticket can decide what size they require when being photographed, when the balance must be paid.


This notice first appeared in the Ashburton Guardian about 1 December 1888 and continued until 15 January 1889. 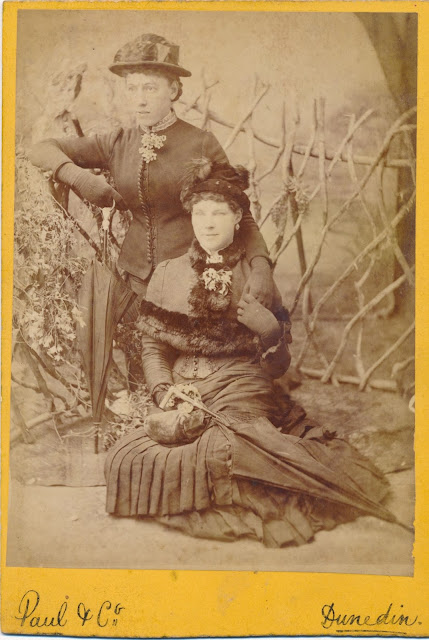 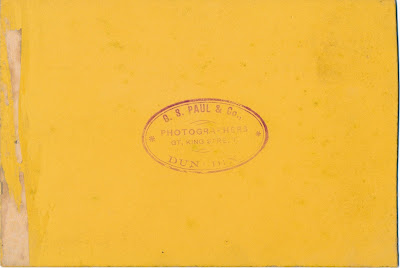 Posted by Early Canterbury Photography at 2:12 AM