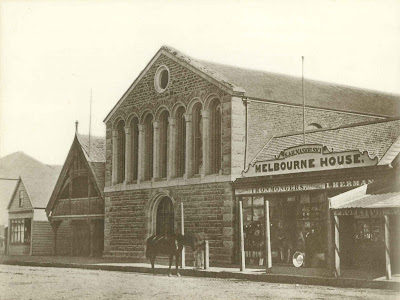 above - Alfred Thomas Robottom or Professor Robottom carried on the business of hairdresser and photographer in High Street near the Town Hall. His premises can been seen to the right of Melbourne House occupied by Solomon and Hermann Nashelski, ironmongers and Isaac Herman's Canterbury Loan Office (detail shown below). 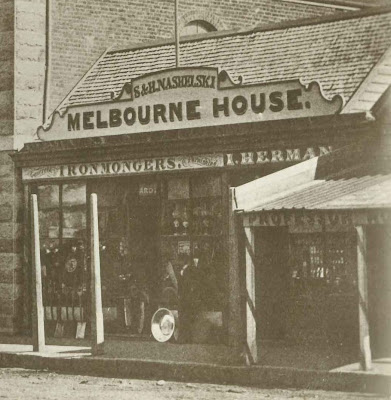 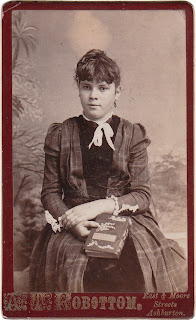 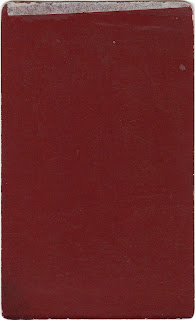 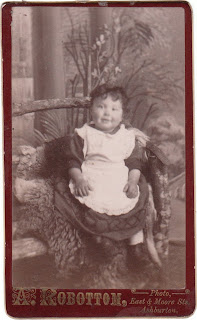 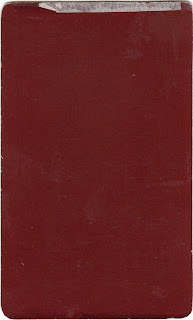 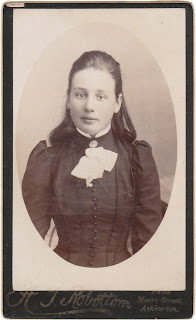 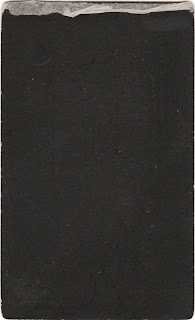 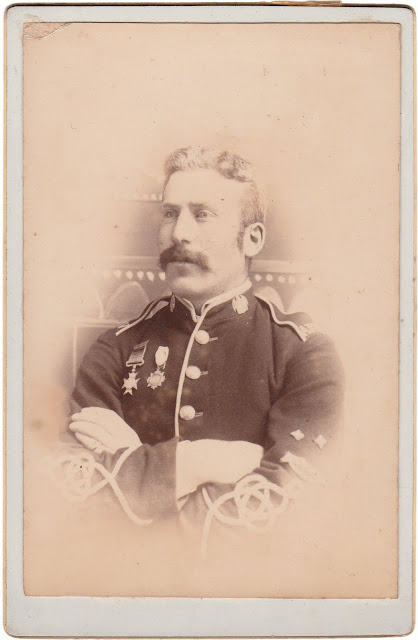 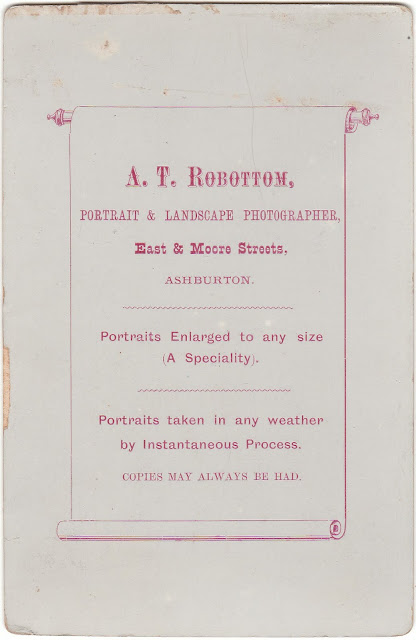 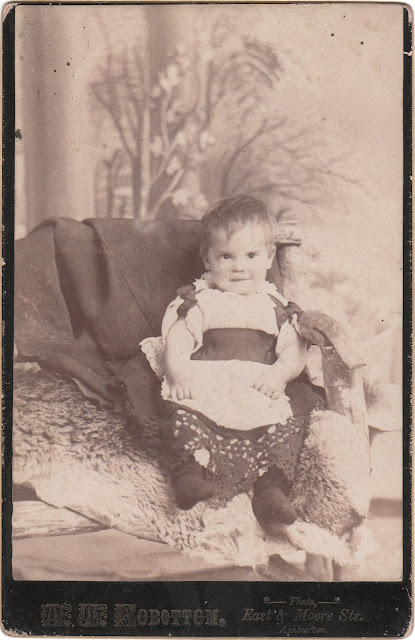 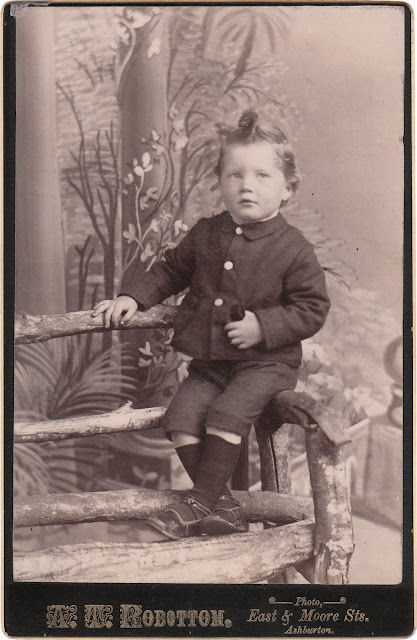 Photography. - We notice that Mr Robottom has taken a room in London street, and is now engaged taking portraits and views of Lyttelton, from different points.

Professor Robottom recently took a new departure in the photographing business. He advertised free sittings for all and sundry who chose to visit his studio within a fortnight. During that period no less than 300 photographs were taken, and proofs of the first batch of forty or so have been taken. The remainder are in process of development, and will soon be on view with the first batch. The latter are all portraits of well-known people - faces familiar to all Ashburton folks - and as well as being striking likeness have been admirably finished, giving ample evidence that the Professor is no novice at his work. The portraits are displayed in the show case in Moore street opposite the Royal Hotel, and are well worth a visit of inspection.
Ashburton Guardian, Volume XIII, Issue 2728, 25 July 1892, Page 2 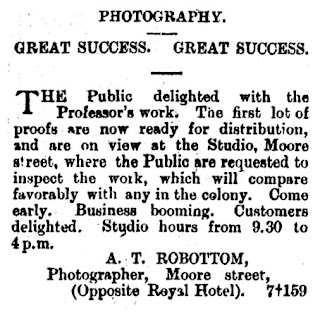 
Robottom.- At his residence, Moore Street, on July 19, 1893, Alfred Thomas Robottom, beloved husband of Agnes M. Robottom, in the 54th year of his age. Deeply regretted.


The late Mr Robottom whose funeral took place on Sunday was an old colonist, having been in this colony for thirty-six years [c. 1857]. He was born in London in 1839 and at the early age of nineteen emigrated to Australia, where he worked on the Ballarat and Bendigo diggings. He also took lessons in photography in Melbourne, and after crossing over to this colony on the breaking out of the Otago gold diggings, he turned this knowledge to account and travelled from Otago through this island, practising the wet plate process. As an instance of the roughing encountered in those days, it may be mentioned that at one time Mr Robottom was washed away in the Rangitata river losing everything. He then settled down in Christchurch [c.1862], and for twenty-five years carried on the business of hairdresser and photographer till 1887, when he removed to this town (Ashburton) and opened the same line. Deceased was highly respected by all who knew him. He leaves a wife and a family of seven to mourn his loss.


Robottom Brothers (Ernest Alfred Robottom and Sydney Herbert Robottom), Hairdressers and Tobacconists, Devon Street, New Plymouth. This business was founded by Mr. Stohr in the year 1893, and was taken over by the present proprietors on the 17th of April, 1903. The premises include a shop, and a hairdressing saloon with two chairs.
page 100

Mr. Ernest Alfred Robottom is a son of the late Mr. Alfred Thomas Robottom, of Ashburton, and was born in Christchurch in November, 1876. He was educated at the Normal School, and brought up to mercantile life. For about ten years he was in the office of the Ashburton Building Society, and resigned in order to join his brother in the present firm. Mr. Robottom is a member of the New Plymouth Boxing Association, the New Plymouth Junior Cricket Club, and the Tukapa Football Club. He is also an amateur photographer.

Mr. Sydney Herbert Robottom is a son of the late Mr. Thomas Robottom, and was born in Christchurch in the year 1874. He attended various schools and learned his trade under his father in Ashburton. Some years after Mr. Robottom went to Timaru for a time, and, later on, to Christchurch. In 1900 he removed to New Plymouth, and gained further experience of his trade before entering into partnership in business with his brother.
The Cyclopedia of New Zealand [Taranaki, Hawke's Bay & Wellington Provincial Districts] - Victoria University of Wellington 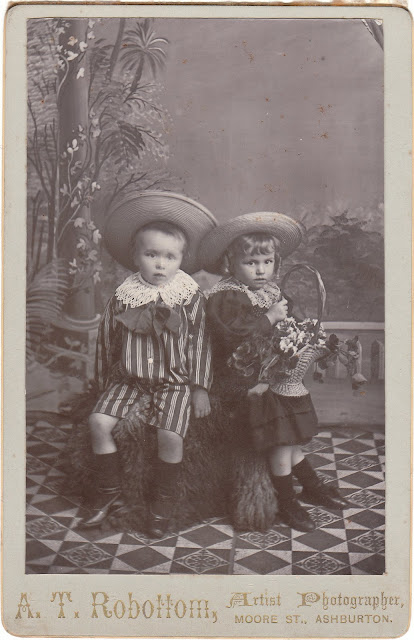 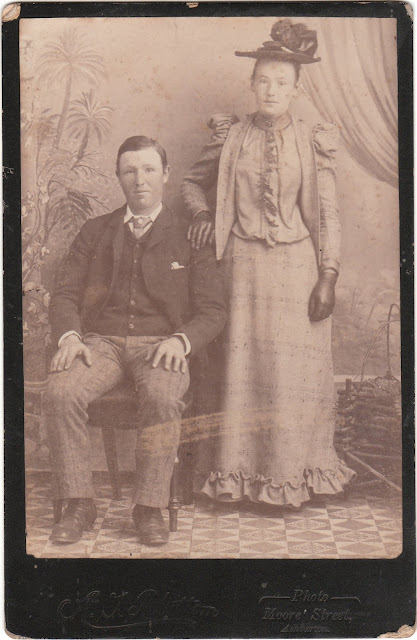