Heights and speed have always fascinated Vic Browne, whether it was climbing tall kauri trees as a youngster, or motor cycle racing as a young man. Later he found the ideal outlet for his energies in flying and aerial photography. Born in North Albertland, north of Auckland, he bought his first plate camera while still a schoolboy. His father was a well known sawmiller, and Vic Browne spent a few years in the timber business. In 1925, after his father was drowned [in about 1922 aged 48 years] while logging in a flooded river, he came to Christchurch and was soon indulging his enthusiasm for photography. To get the aerial photographs for the first edition of "New Zealand from the Air", a pioneering publication of its kind, which appeared before World War II, he and Captain A. J. Bradshaw flew over the whole country from Stewart Island to North Cape.

The Coast - a pictorial exploration of the West Coast.

Mr Browne discovered two lakes in Fiordland in 1938, during one of his photographic flights. One lake was named after him and the other was named Lake Chamberlain. He discovered the Browne Falls in the same area.

He was a familiar figure over five decades at the Canterbury Aero Club. He was associated with the club as a passenger for 45 years, and in that time became increasingly well known for his aerial photography about New Zealand. In 1979, he was honoured with Aero Club life membership, the first non-flier in the club's history to be granted such status.

At the time of the honour, the club's vice-president said, "Nobody has photographed New Zealand as extensively as Vic Browne."

His many pictures for many years appeared in "The Press," and several books of his work have been published. He first came to Christchurch in 1925 to take the photographs for "New Zealand from the Air," a pioneer publication of its time. For this project, he and Captain Bradshaw flew over the whole country, from Stewart Island to North Cape.

His most famous book however, was "The Coast: A Pictorial Exploration," which was published in 1962. The family name continued to appear in print after Mr Brown's official retirement three years ago, when he handed the business over to his son, Bill.

Mr Browne's other claims to fame have included being aboard the first light aircraft, as photographer, to land at Christchurch Airport on its opening. A keen motor-cyclist, he twice won the local Grey Beards motorcycle rally for veterans, most recently in 1977.

Mr Browne is survived by his wife, four sons, and a daughter. 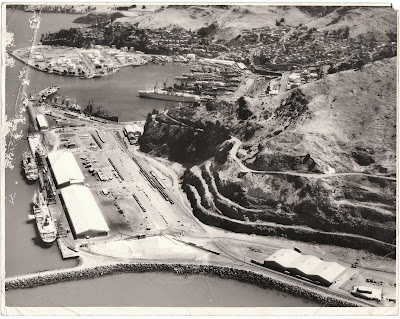 Memories emerge out of earthquake mess

MIKE CREAN
Boxes of priceless photographs tumbled to the floor of a Christchurch garage in the February 22 earthquake.
Viewing them raised Mary Browne's sunken spirits.
Metal shelving in Browne's Linwood garage contained dozens of boxes and thousands of photographs that her father-in-law, Victor Browne, took from aircraft in the middle decades of last century.
Victor Browne, although not a pilot, was a pioneer in aerial photography. He took nearly 27,000 photographs from the air from the late 1920s to the 1970s.
His daughter-in-law said he was a loner who neither smoked nor drank but was passionate about photography.
Rural New Zealanders growing up in the 1950s and 60s will remember colour photographs of farm homesteads, signed "VC Browne", hanging on their walls.
Much of Browne's income was from such commissions from farmers.
Browne's earlier works, in black and white, included cityscapes and images from the back country. A lake and a waterfall he discovered in flights over Fiordland were named after him.
His Dyers Pass Rd house was his Christchurch home and workshop. After he died, his son Bill stored many of the boxes in his Linwood garage.
Fearing the photos would be lost to posterity, Bill and Mary Browne's son-in-law, Roger Barclay, had the negatives digitally archived.
Mary Browne said she felt honoured to become a guardian of the photos.
While it was a shock to open the garage door and find the twisted remains of metal shelving on the floor and boxes strewn everywhere, she found comfort browsing through images of a Christchurch she remembers well – Cathedral Square with heritage buildings on all corners, a city centre with no structure above five storeys, and Lancaster Park packed with rugby fans.