It is notified in another column that Messrs Berry and McAllister have taken over Mr Wallich's photographic business in Regent-street. Mr McAllister has been head re-toucher for Messrs Wrigglesworth and Binns, Christchurch; and Mr Berry was formerly with Mr Eden George, Christchurch, and for the last eighteen months with Mr Wallich. 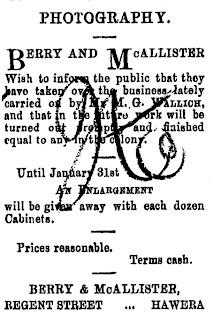 
Messrs Berry and McAllister announce that they have sold their business to Mr Arthur Gungall, of Canterbury. Mr Gungall, takes possession on 29th inst., before which payments of all outstanding accounts is requested. 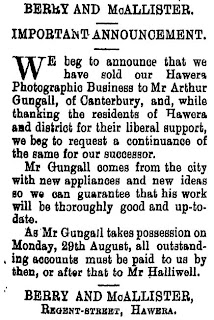 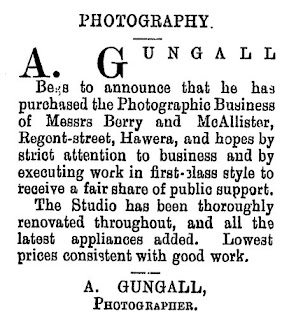 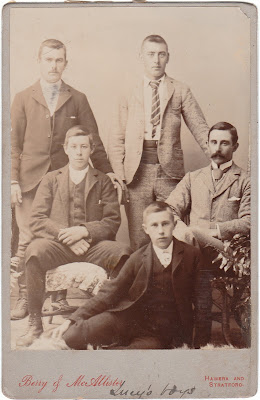 The five sons of Joseph George Harkness and Lucy Hodder 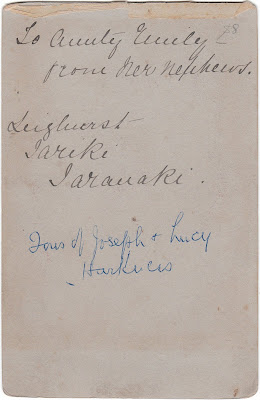 A DENTIST'S DEATH.
CHRISTCHURCH, Jan. 8. An inquest was held concerning the death of Marmaduke Geo. Wallich, a well-known Christchurch dentist, today. The evidence showed that deceased had been in bad health for some time past, and had been suffering from insomnia. A doctor was called this afternoon, and stated he found Wallich suffering from the effects of poisoning; caused by a sleeping draught, aggravated by chronic kidney disease. A verdict was returned in accordance with the doctor's evidence. [The death of Mr Wallich will be learned with much regret by many of the older residents, of Hawera. Mr Wallich was many years ago a photographer in Hawera, and, qualifying as a dentist with Mr A. C. Atkinson, practised his profession, for some years. Later he removed to Christchurch, where he had been in practice for a number of years.]