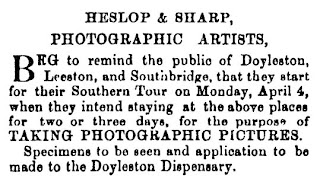 Fatal Accident. A sad accident occurred in the river Rakaia on Saturday last, to a man named Geo. Sharp, partner with Mr J. Heslop travelling- photographer. About eleven a.m. he borrowed a horse with which to catch his own, and started to cross the river a little above White's new bridge.

Nothing more was heard of him, but at six o'clock in the evening, the horse he had borrowed returned alone, the stirrup leathers being over the saddle, and both saddle flaps wet. Search was at once made for Sharp, but nothing was found. Next morning the search was resumed, and Sharp's hat, together with the loose bridle he had taken for his own horse were found on the south side of the river— the bridle he had started from.

Continuing the search down stream the unfortunate man's body was found about three miles and a half past Acton's station. The head was fearfully bruised, thereby favouring the assumption that deceased was rendered insensible as soon as he was washed from his horse. The watch deceased was wearing had stopped at twenty minutes past eleven, and it would therefore appear that the accident occurred about twenty minutes after he left to cross the river. An inquest will be held at Hetherington's Hotel, to-day.
Star, Issue 785, 29 November 1870, Page 2


An inquest was held at the South Rakaia Hotel on Nov. 29, before C. H. Greenstreet, Esq., touching the death of George Sharp, as reported in our issue of Tuesday last. From the evidence of James Heslop, his partner, and William Compton, it was clearly shown that deceased, in attempting to ford the river on horseback, by himself, must have been washed off the saddle, or that the horse stumbled while in the water. His head and face were very much bruised, either from coming in contact with the stones or from having been kicked by the horse.

No one saw deceased from the time he left until his body was found, so that evidence of how he got off his horse into the river could not be obtained. This leaves a doubt as to whether he fell on the stones after losing his seat or was stunned by a kick from his horse.

The place where it is supposed he went in is from 12 to 14 feet deep, about a mile above the new bridge. A verdict of "Found Drowned in the River Rakaia" was returned. The humane conduct of William Compton, throughout the matter, deserves commendation. Had he not persevered in continuing the search, the body might never have been found. The manner in which he tracked the horse, finding the bridle, deceased's hat, and ultimately the body — prompted solely by feelings of humanity — deserves the highest praise.
Star, Issue 787, 1 December 1870, Page 2 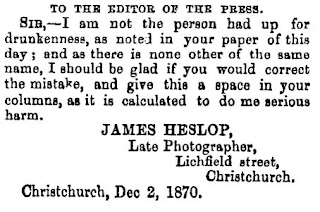 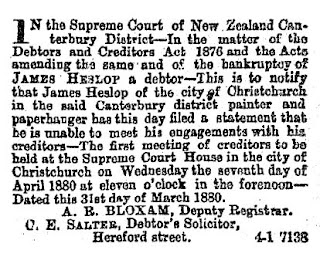