The 1851 census shows Benjamin Peyman then a bricklayer aged 22 living at Pensons Gardens, Oxford, England. Living at the same address was his widowed mother Mary Peyman aged 48 years and sister Rosetta Peyman aged 15 years, both employed as seamstresses. The Dunedin photographer Alexander Peyman of the London Portrait Rooms was his brother. 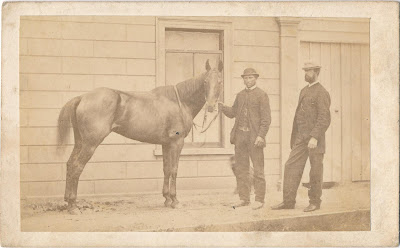 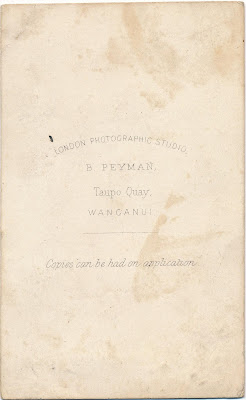 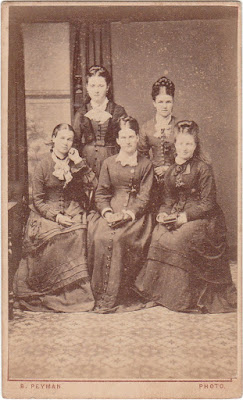 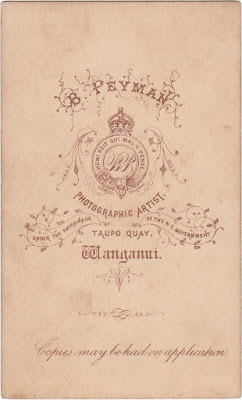 The death of Mr Benjamin Peyman, which occurred somewhat suddenly on Saturday morning last, creates another gap in the ranks of our old settlers.

The deceased, who was a native of Birmingham, England, had been associated with Wanganui since 1865, having come here from the South Island in that year under engagement as photographer to the Illustrated London News.

Many and interesting were the photographs he took in those troublous times, some of the most noted Hauhaus having come within the range of his camera.

Prior to coming to New Zealand Mr Peyman spent a few years on the Australian Continent, having landed there in 1852. After settling in Wanganui, Mr Peyman, for nearly twenty years, carried on a photographic business on the Quay, his studio being in the vicinity of the Prince of Wales Hotel. Subsequently he took over the vinery in Bell Street, and up to the time of his death, carried on the business of a winemaker.

The deceased suffered from an affection of the heart, and on Saturday morning at about half-past six he complained of a pain over the region of the heart. Everything possible was done for him, but as he failed to improve, medical aid was promptly summoned. Death, however, intervened before the doctor arrived. A widow and a son and daughter — both of whom are married are left to mourn their loss. 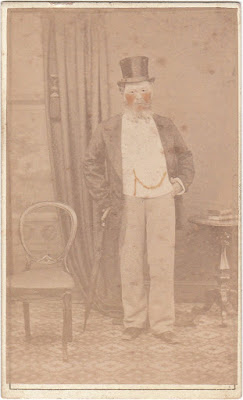 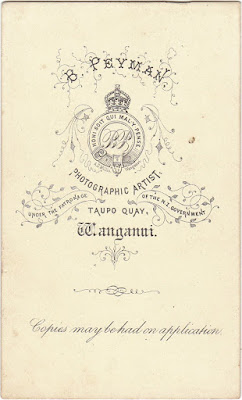 Posted by Early Canterbury Photography at 2:23 AM