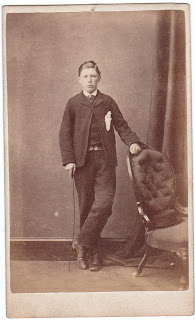 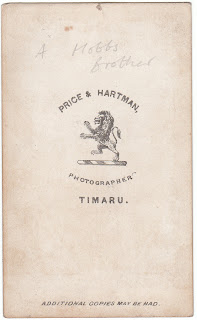 Price and Hartman opened their studio in Timaru about March 1871 in premises above the Gazette Newspaper office at the corner of Beswick Street and Great South Road. This was previously the location used in Timaru by Frederick Smith of the Edinburgh Portrait Galley, Dunedin. Smith later had a studio in Munro's New Building, Great South Road in Timaru. 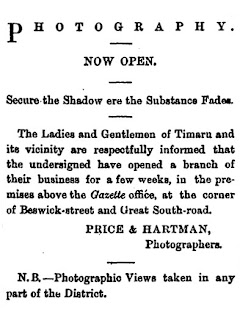 Following a fire in the early hours of Monday 13 May 1872, the building was a total loss. However a large portion of their photographic plant, etc was saved. Uninsured, their loss was between £40 and £50. Later that month they re-opened the studio, again in premises previously occupied by the photographer Frederick Smith in Munro's New Buildings, Great South Road. 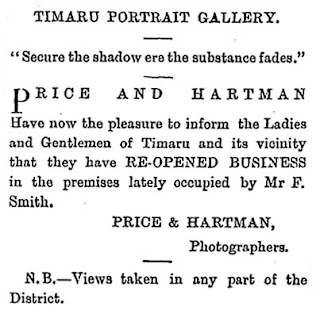 
The partnership between Price and Hartman was dissolved by mutual consent on 10 August 1872. Thomas Edward Price continued on as a photographer in Timaru, but it is not known what became of Edward Hartman. 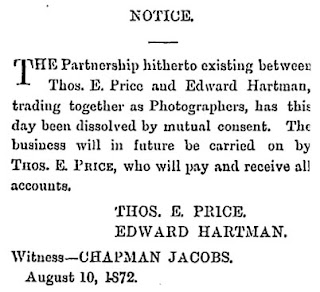