Hardwicke Knight, Photography in NZ (1971) p183 lists A. V. Gadd at the London Portrait Gallery in Christchurch. Formerly of London, per Lester.

The Christchurch City Council Cemeteries Database shows Alfred Gadd was born in England about 1833 and came to New Zealand in about 1862, He was bankrupt in 1877. He died on 12 August 1910 of bronchitis aged 77 years and was buried Linwood Cemetery on 13 August 1910 - block 31A plot 77. At the time of his death he was occupied as a gardener and living at 213 Fitzgerald Avenue, Christchurch.
His second wife Emma Gadd died on 13 August 1895 aged 70 years 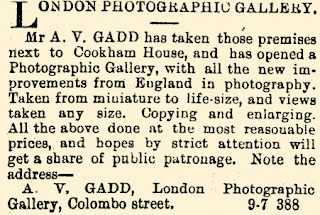 Press, Volume XXIV, Issue 3126, 7 September 1875
Burglary.— A burglary of a very daring nature was committed on Tuesday night on the premises of Mr A. V. Gadd, photographer, Colombo street, between the hours of nine and one o’clock. When Mr Gadd returned home at the latter hour, he found that the shop bad been entered, and the till drawer meddled with, and further investigation showed that the cash box, which was in the drawer, had been broken open, and its contents, amounting to about £2O, had been abstracted. Several articles of jewellery, and his bank book, and a number of papers were also taken out of the box. From the manner in which the premises had been entered, it would appear as if the burglar knew something about them, and also that Mr Gadd would be absent that evening until a late hour.
Globe, Volume VI, Issue 692, 7 September 1876


Presentation.—A very interesting ceremony took place in Christchurch a few days ago, as follows:— A number of the senior boys, recently belonging to St Luke's Sunday school, met together at the house of one of the old scholars, and presented (through their senior) to their late head teacher, Mr Thos Gordon, two very handsome portraits in gilt frames, one of which bore their own photographs, taken in one large group, while the other bore them taken singly in vignette form. On receiving them from the senior boy, after a very able speech by him, Mr Gordon expressed his pleasure in a few very feeling and appropriate remarks. A vote of thanks to the chairman terminated the proceedings. We must not omit to mention that the above was the work of Mr A. V. Gadd, photographer, Colombo street, to whom great credit is due for the very excellent manner in which he accomplished his task.
Press, Volume XXV, Issue 3232, 10 January 1876 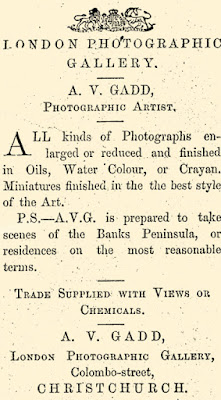 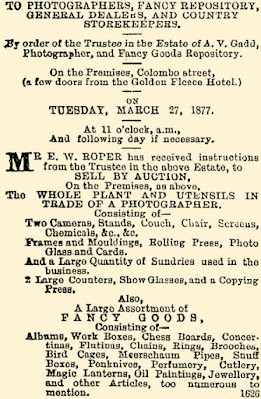 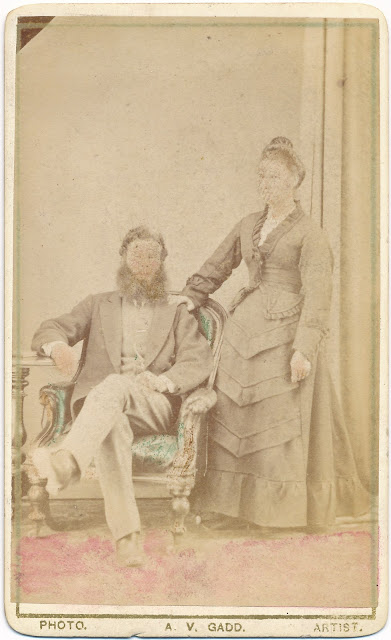 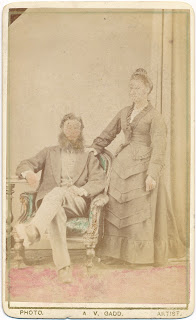 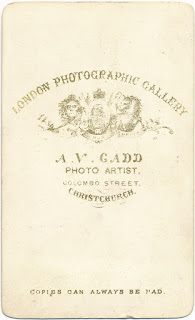 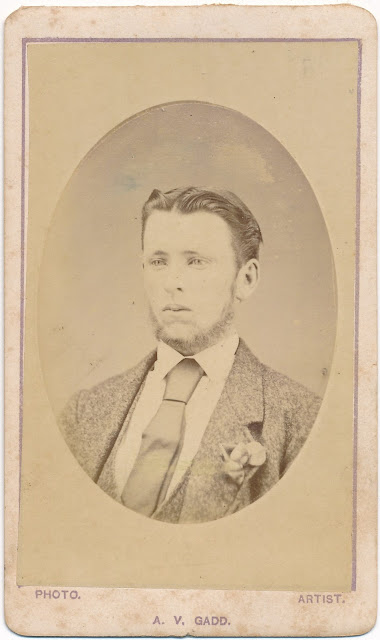 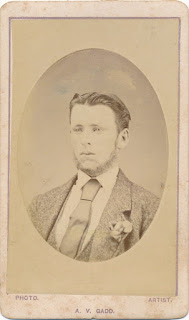 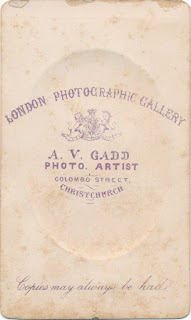 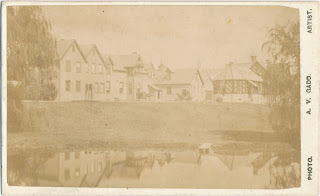 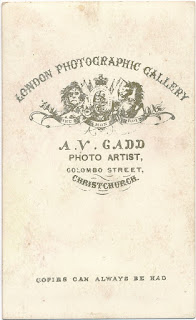 Posted by Early Canterbury Photography at 12:44 AM