Mr F. B. Hughes, who has for some time carried on an extensive photographic business at his rooms at the corner of Gloucester and Colombo Streets, has opened a new studio for the production of portraiture. The opening display was made on Saturday evening, and the specimens of his work shown were of a high degree of excellence. The premises have been considerably enlarged and renovated in consequence of the new departure, and the studio is fitted with the best photographic apparatus obtainable. Mr Hughes carried on a very successful portraiture business in Rangiora some years ago. - The Star, Issue 6492, 22 May 1899, Page 3

At the time of the Boer War he sailed for South Africa with the 3rd New Zealand Rough Riders as a war correspondent. He took part in the siege of Wepener, where he joined Brabant's Horse and he was appointed Lieutenant J Squadron 1st Regiment Brabants Horse. After being wounded he returned to New Zealand but then returned to South Africa and joined the Prince of Wales Light Horse and was later promoted to Captain in June 1901. Captain F.B. Hughes was mentioned in Lord Kitchener's despatch dated 8 December 1901 for his 'dash and gallantry' although no specific action is mentioned.

At the outbreak of World War One Captain Hughes enlisted and was posted the the 10th Reinforcement, Otago Mounted Rifles, New Zealand Expeditionary Force, and was officer commanding of the troopship Waihora. He was later invalided back to New Zealand.

F. B. Hughes, originator of Coronation Studio, moved next door the corner, is presenting each sitter with enlargement free. - The Star, Issue 8956, 15 June 1907, Page 5


Mr F. B. Hughes, who is a candidate standing in the Reform interest for Christchurch South, has been in business as a photographer in Christchurch for the past twenty years, and in the meantime, has had some exciting experience as a soldier in the South African War. He went out to South Africa on behalf of a syndicate of the leading New Zealand newspapers as a war correspondent photographer, but very soon joined the forces as a combatant in the Imperial Army ranks. After the raising of the siege of Wepener he was offered and accepted a commission in Brabant's Horse, and served with that body for twelve months, when he returned to New Zealand on leave. He was then recalled and promoted to the rank of captain, and, acting under instructions from Lord Kitchener, raised a squadron of New Zealand and Australian light horse, and sailed with them to join the newly organised regiment, the Prince of Wales's Light Horse, as senior captain. He served with this regiment until the end of the war, and was then transferred to the Johannesburg Defence Service. On returning to Christchurch he again took up his old business as a photographer, and has carried it on ever since.


On 1 August 1908 Frederic Hughes advertised in The Star that he was now employing F. M. Burrell (Fred). 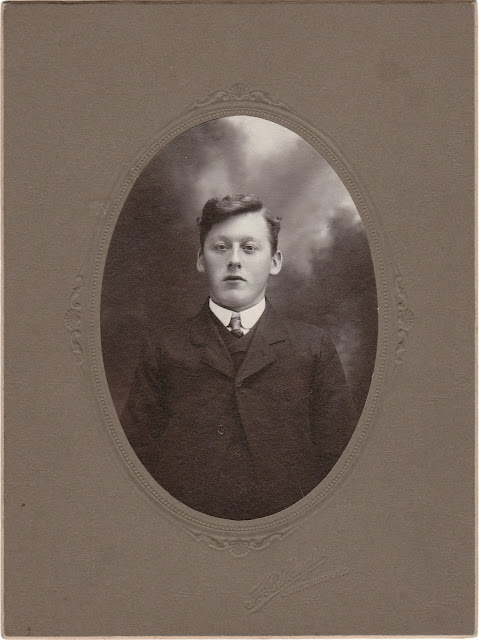 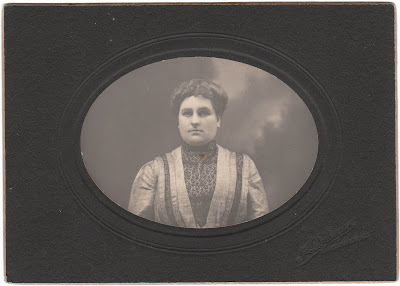 He twice contested Parliamentary elections once in Christchurch South and later in Avon, he was the National Party chairman in the Avon electorate up to the time of his death.

He married Blanche Burrell a daughter of John Burrell a very early settler to New Zealand. Two of his sons Fred and Harold lived in Christchurch and a third, Bert Hughes in Wellington.

He died about 30 March 1944 aged 76 years, at this time he was living at 84 Breezes Road, Christchurch, his occupation was given as a retired photographer. Representatives of the Veterans Association and the Returned Services Association attended the funeral and the "Last Post" and "Reveille" were sounded at the graveside. 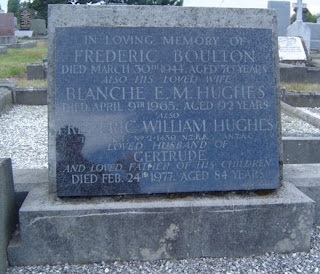 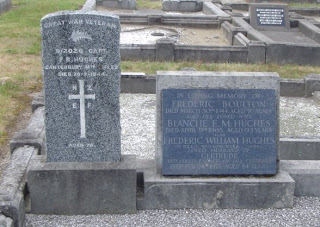 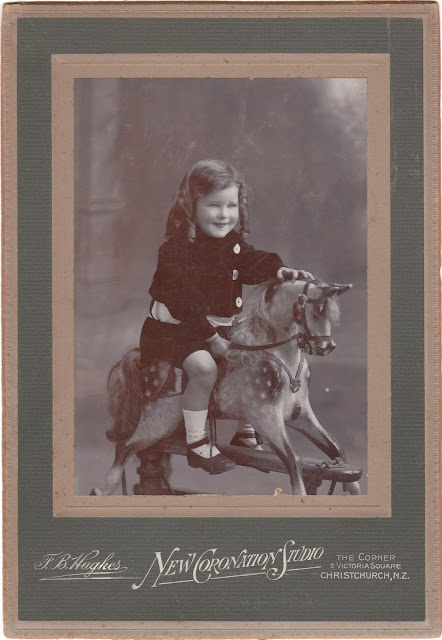 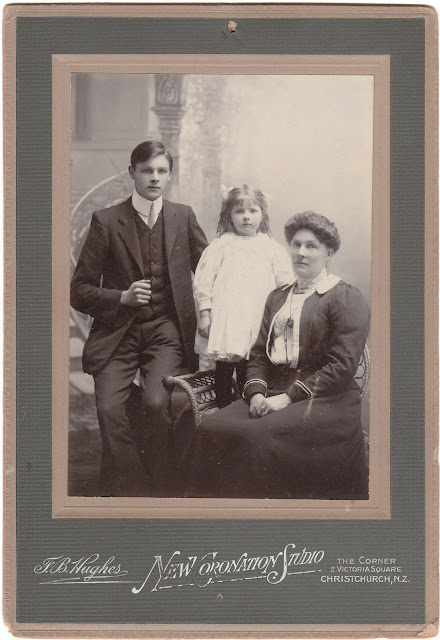 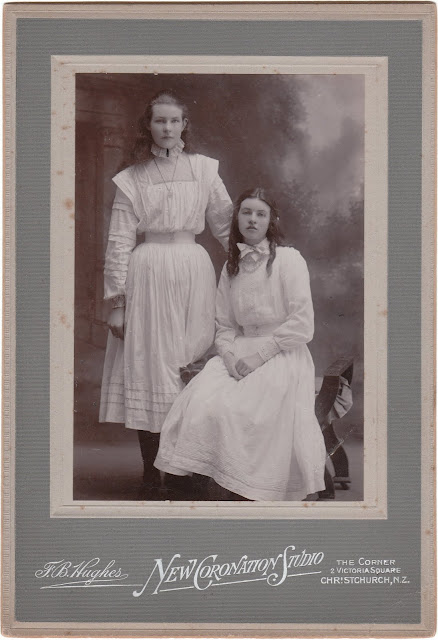 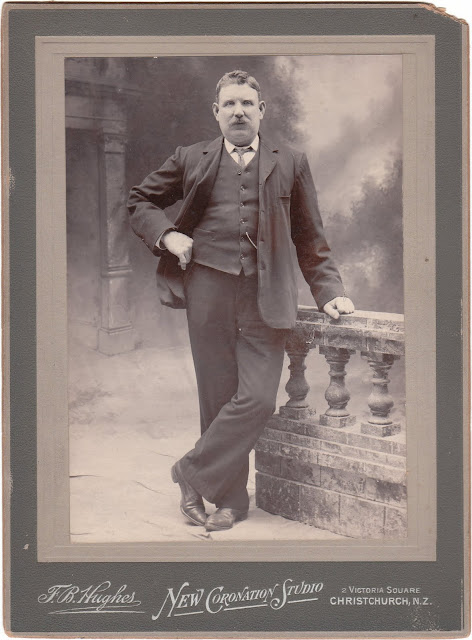 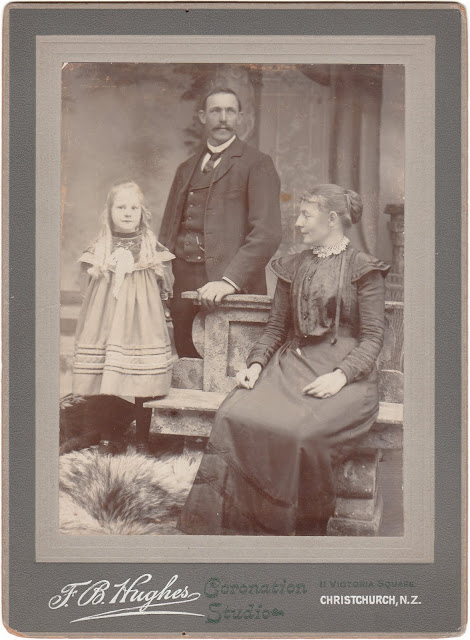 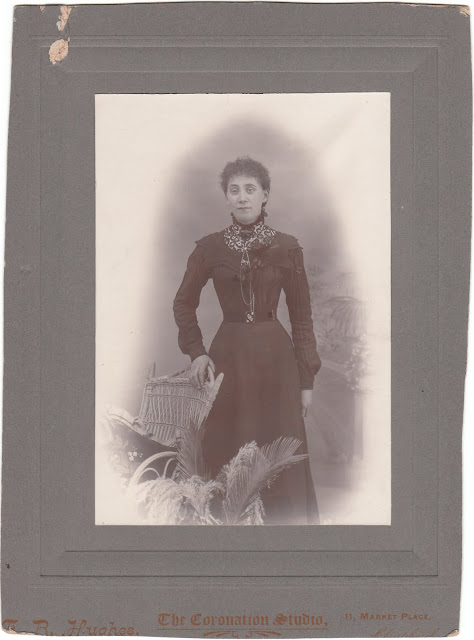 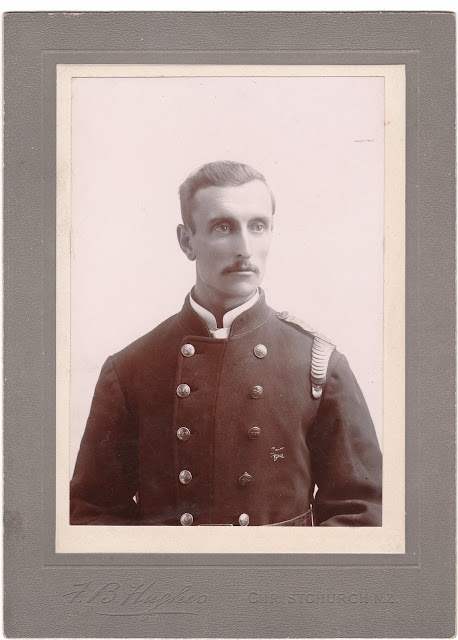 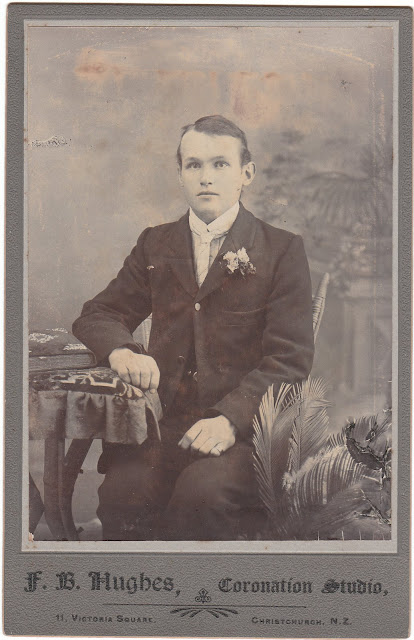 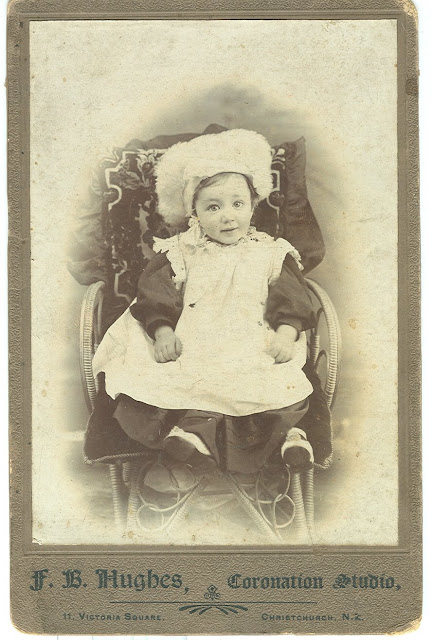 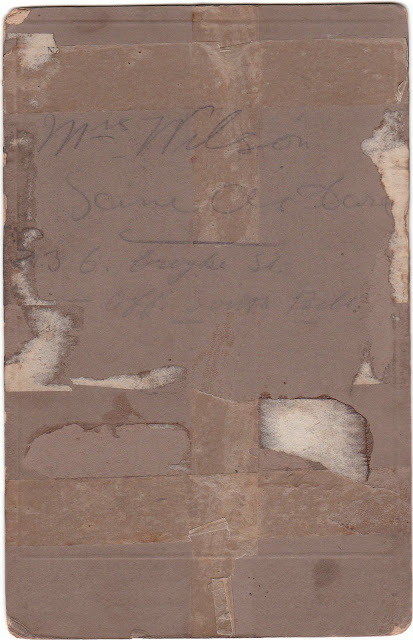 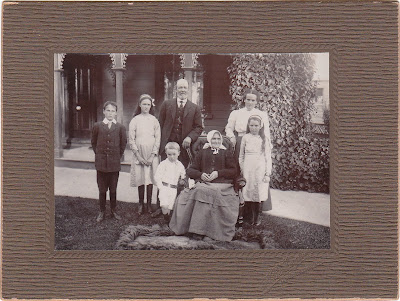 above: photo of Mr & Mrs J. McPhail and familyreverse inscription:
Mrs McPhail Senr (and in pencil Mrs Alexander McPhail)
Mr & Mrs J. McPhail and family
The children's names are to begin at the eldest
Alma Jean
Robert John
Gareth Emily
David William
Novr 11th 1914
This photograph was purchased in 2009 from a seller residing in Seneca Falls, New York who purchased it in "western New York State just a few miles from the Canadian border" 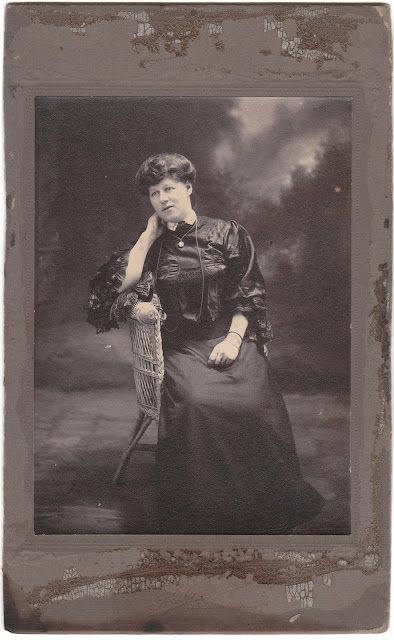 above
The reserve is inscribed "Mrs Hughes" 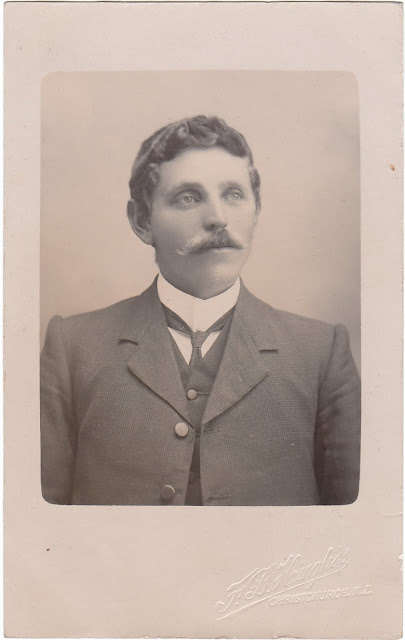 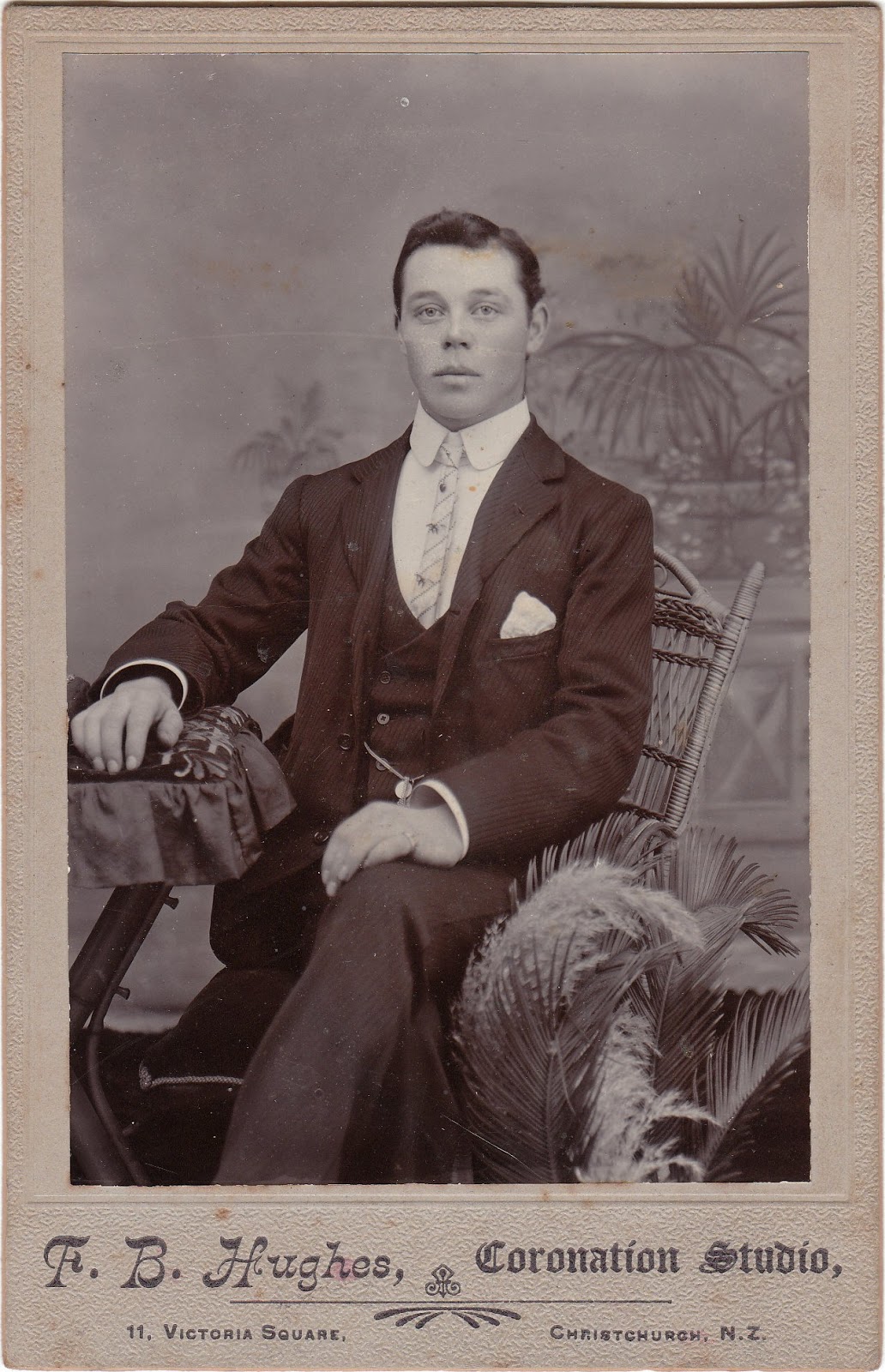 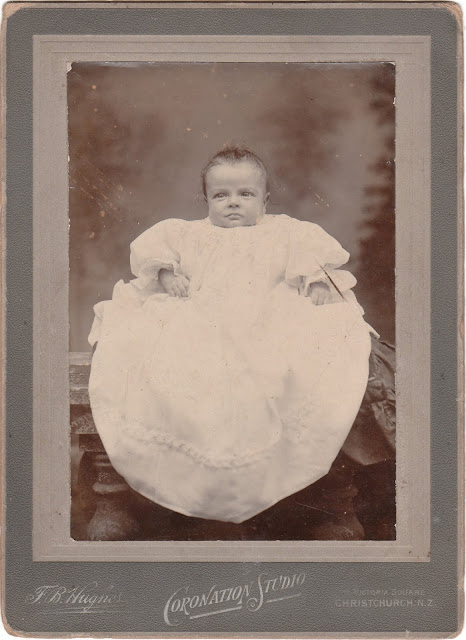 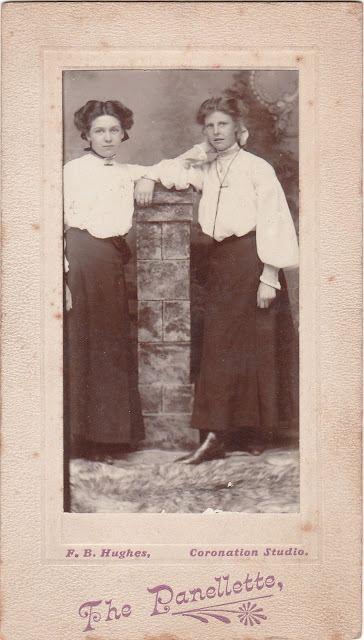 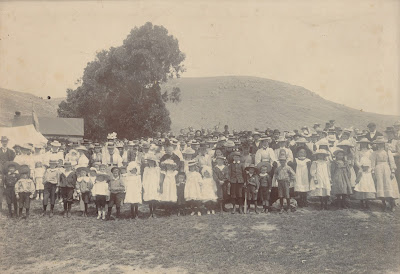