George Henry James Hillsdon was born in London in 1852 the son of Thomas Hillsdon an engineer and Susan Hillsdon nee Walters. He arrived in New Zealand about 1876 and married Elizabeth Annie Woolley at St Luke's Church, Christchurch on 8 February 1881.

He died at in residence in London Street, Lyttelton on 17 February 1926. Death registration  and burial records show he was aged 70 years, however his correct age would have been closer to 74. His wife had died on 16 September 1919 at Christchurch and they are buried in Bromley Cemetery, block 35 plot 30.

The Mataura in Dock.— A very fine enlarged photograph of the New Zealand Shipping Company's s.s. Mataura in the Lyttelton Graving Dock is to be seen at the Christchurch office of the Lyttelton Harbour Board. It is 2ft 6in in height and 2ft wide, and was enlarged by Mr Sorrell from a photograph taken by Mr Hillsdon, of Lyttelton. It has been prepared by the Board in order to be sent to the Canterbury Court at the Wellington Industrial Exhibition. It will form an excellent advertisement for the Port and the dock, as the Mataura is the largest vessel ever docked in New Zealand, being 5764 tons, 421 ft in length and 54ft 6in beam.
Star, Issue 5714, 6 November 1896, Page 3


Sudden Death.
Forcing an entry into a stationer's shop in London street yesterday morning, the police discovered the body of George Henry James Hillsdon lying on the floor of the kitchen. On the table was an open Bible, which deceased had evidently been reading when death, which is believed to have resulted from heart-failure, took place. Hillsdon was last seen alive on Tuesday, and, noticing that he had not opened his shop yesterday morning [Friday], neighbours became suspicious and informed the police. Deceased was a widower, and had lived alone for some years. He was nearly 70 years of age.  He leaves a son and daughter in Auckland and a son in Christchurch. An inquest will be held this morning [Saturday].
Press, Volume LXII, Issue 18621, 20 February 1926

Mr H. Y. Widdowson, Coroner, held an inquest on Saturday on the body of George Henry James Hillsdon, a photographer and stationer, who was found dead on Friday morning.


Dr. B. H. Gilmour gave evidence that he had conducted a post-mortem examination. In his opinion death had occurred through asphyxiation, caused by a high collar which deceased had been wearing. Hillsdon had evidently had an attack of angina pectoris, which would cause him to fall and double up in pain.


Henry W. Rider, confectioner, of London street, said he had last seen Hillsdon alive about 2 o'clock on Tuesday afternoon. He then appeared in good health.


Constbale  (sic) W. J. Irwin said that Hillsdon lived alone in the dwelling attached to his shop. Witness was informed on Friday morning that a carrier had attempted to leave a parcel at the shop, and had found it locked up. Witness found deceased on the floor, fully clothed except for his coat. The high collar was very tight round the neck. There was a Bible on the floor. The table was laid as if deceased had, just finished having tea. The Coroner found that deceased died on February 17th. The cause of death was asphyxia, caused by the collar pressing against the windpipe, following a fall during an attack of angina pectoris.
Press, Volume LXII, Issue 18622, 22 February 1926 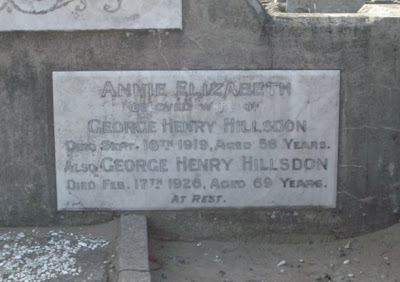 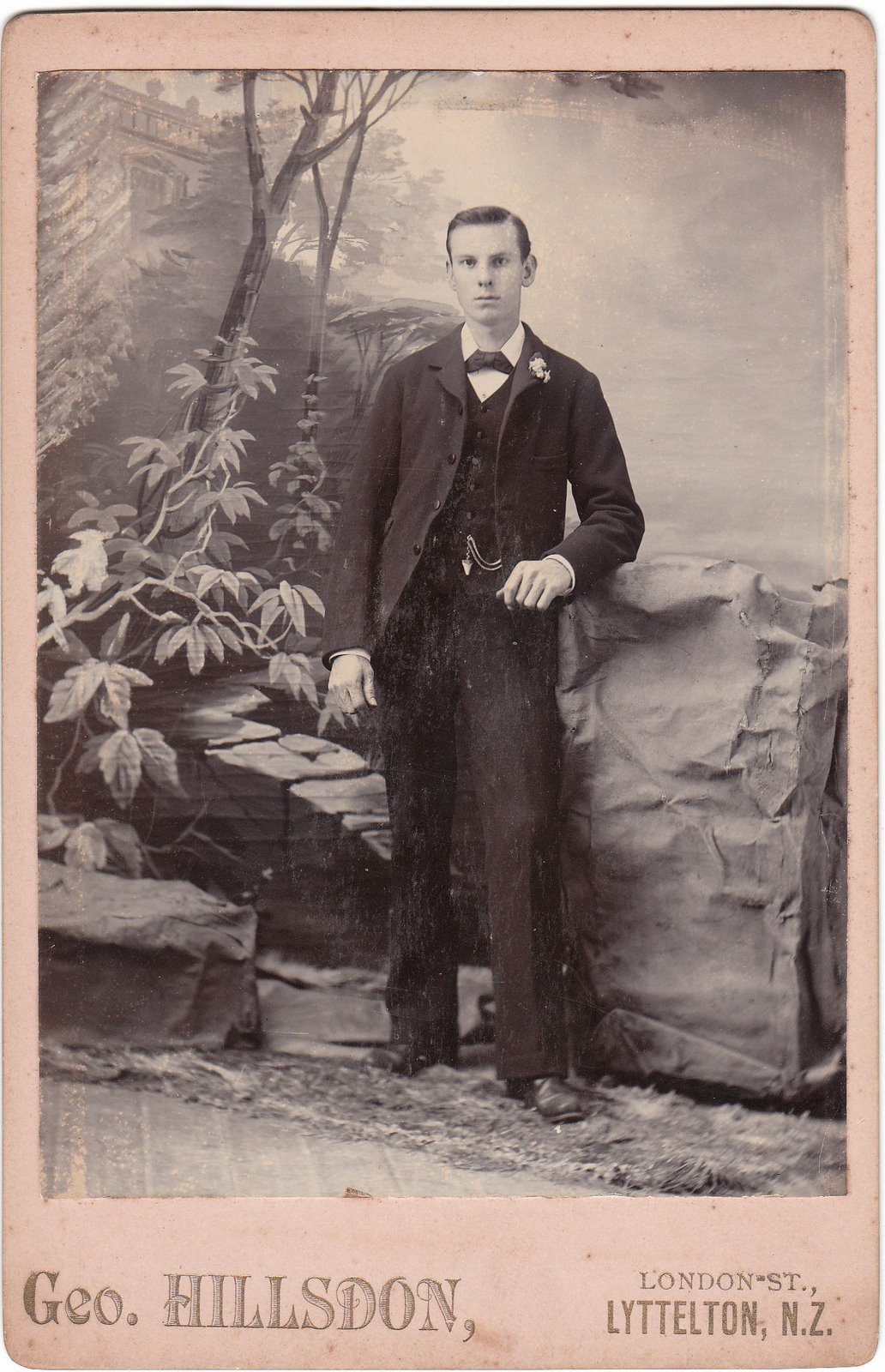 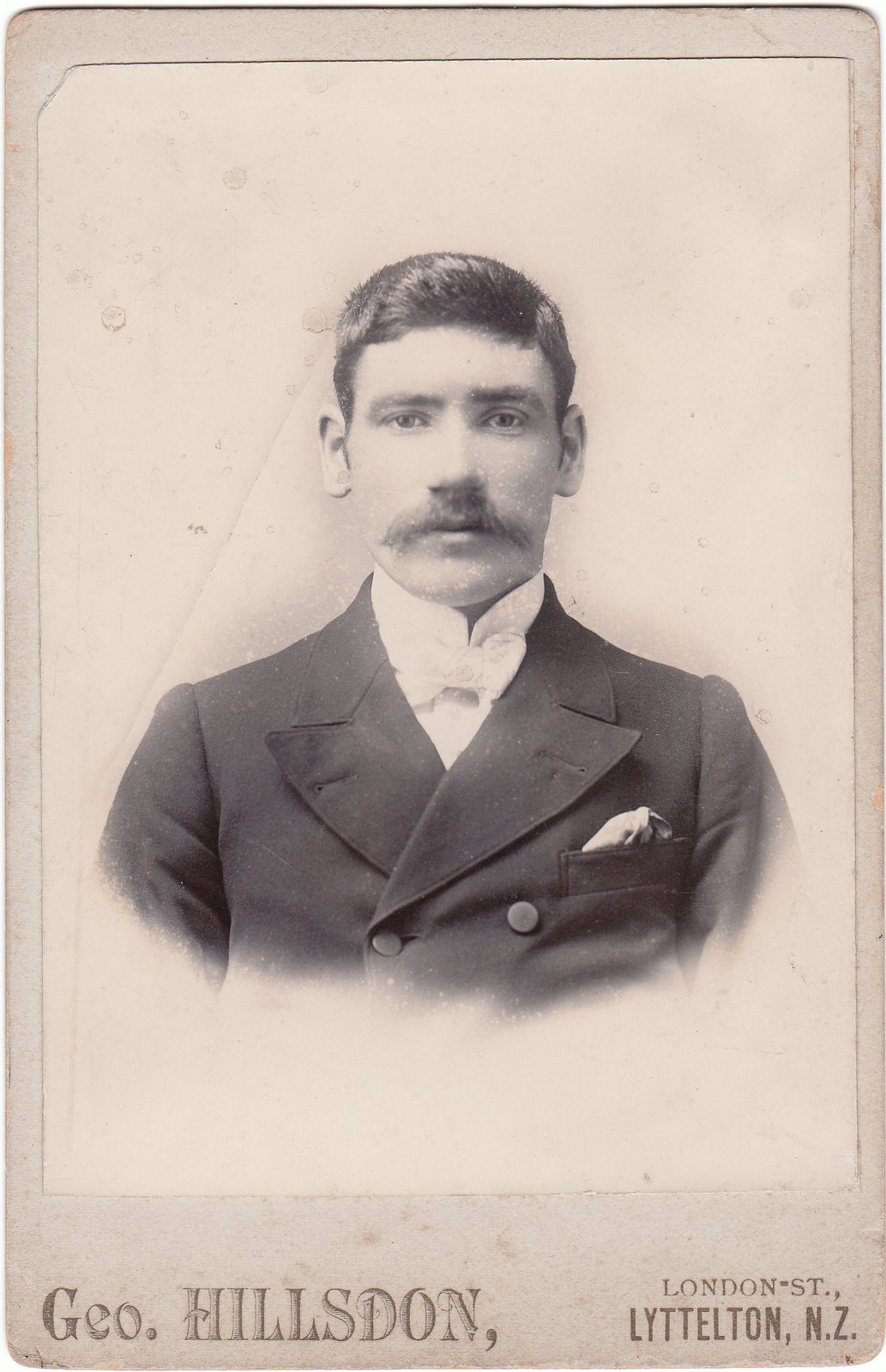 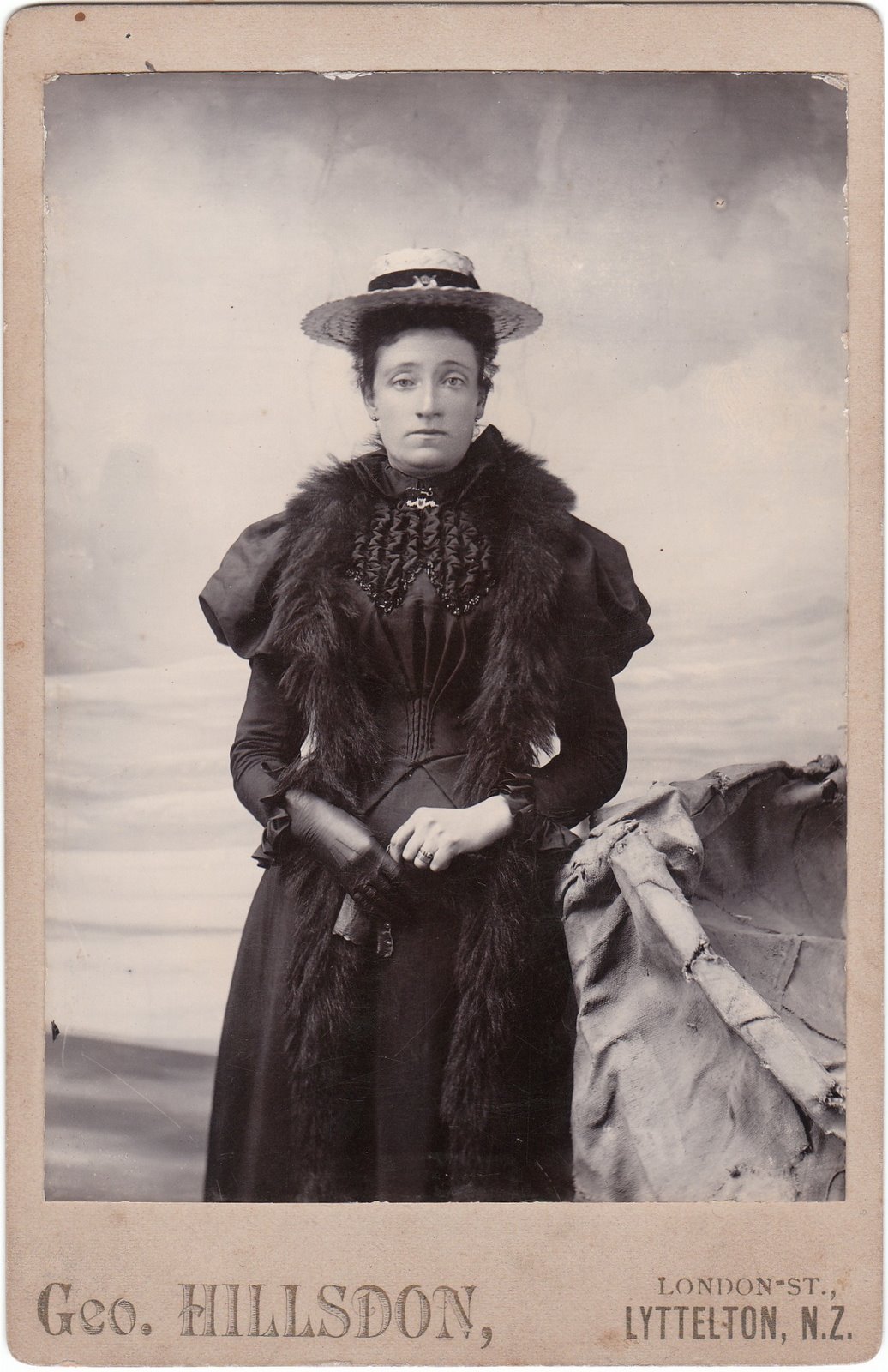 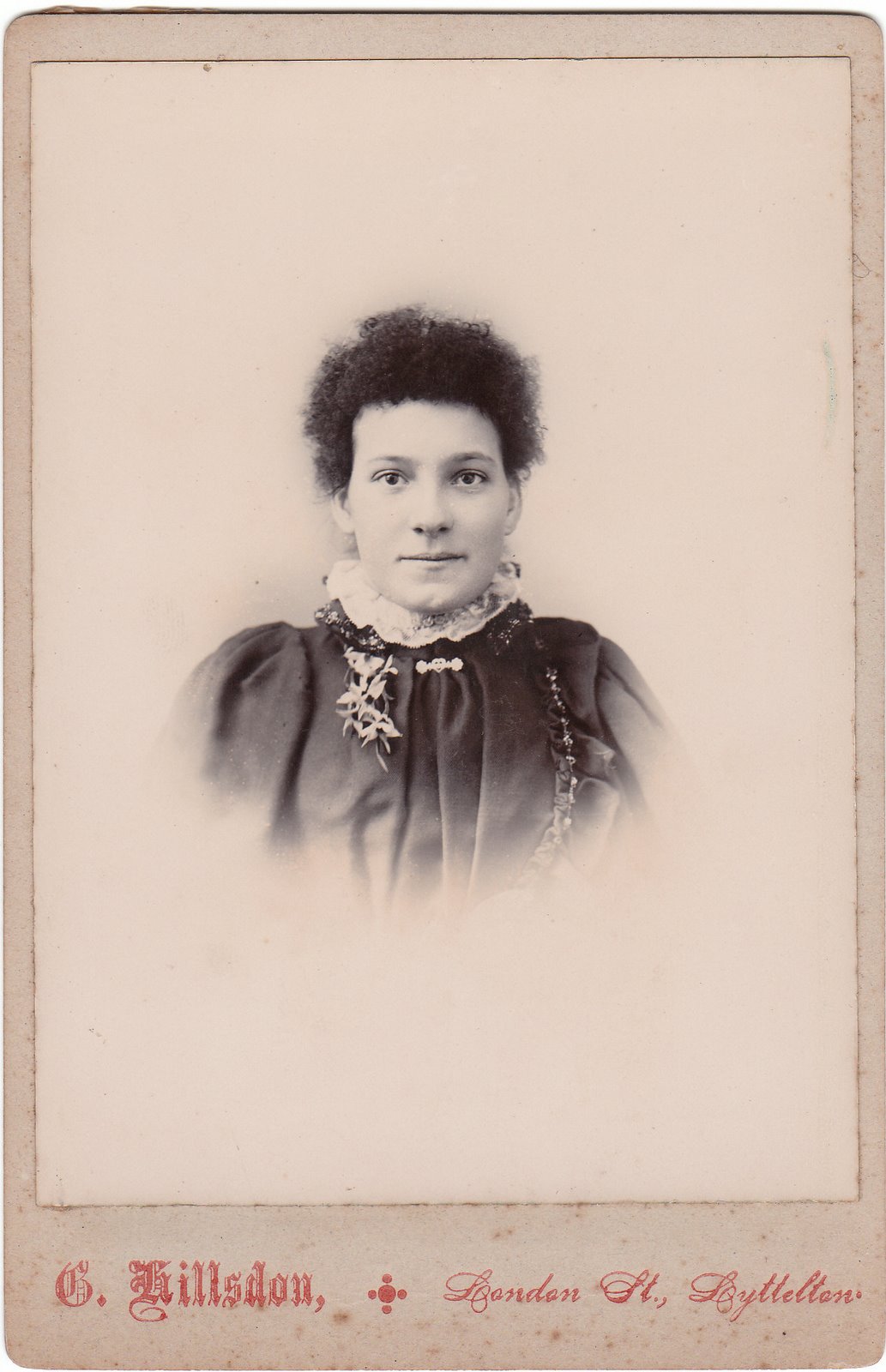 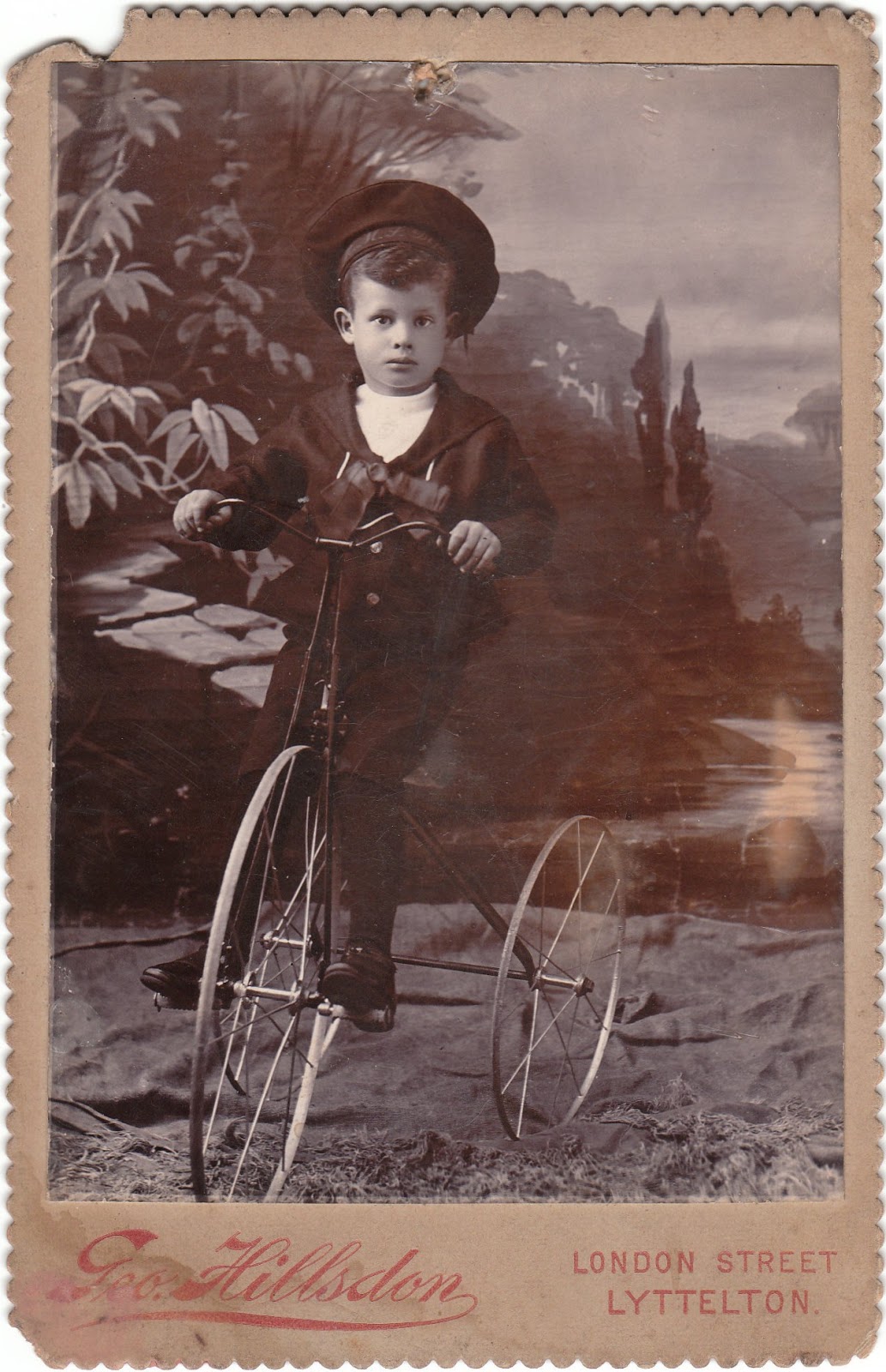 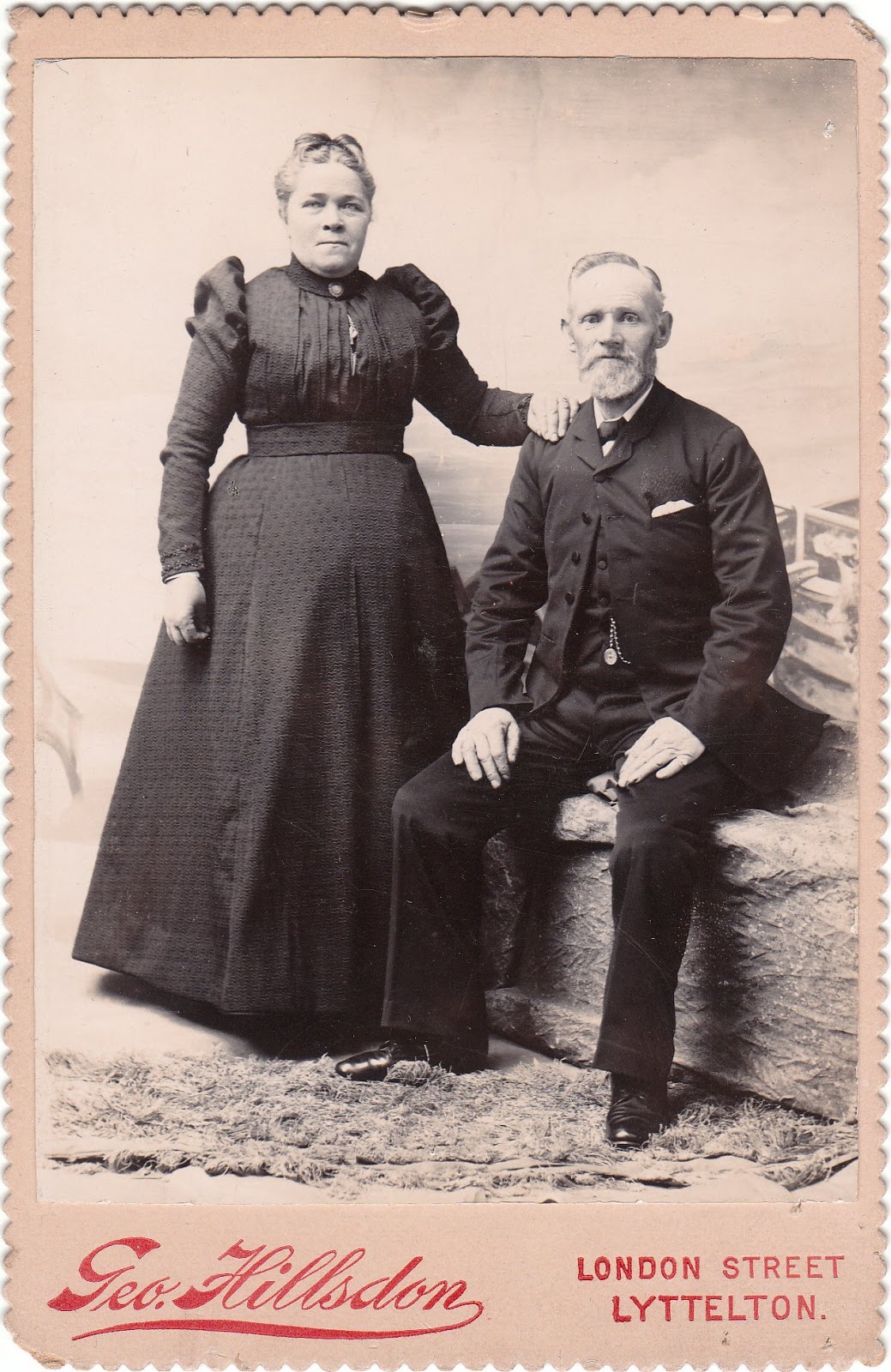 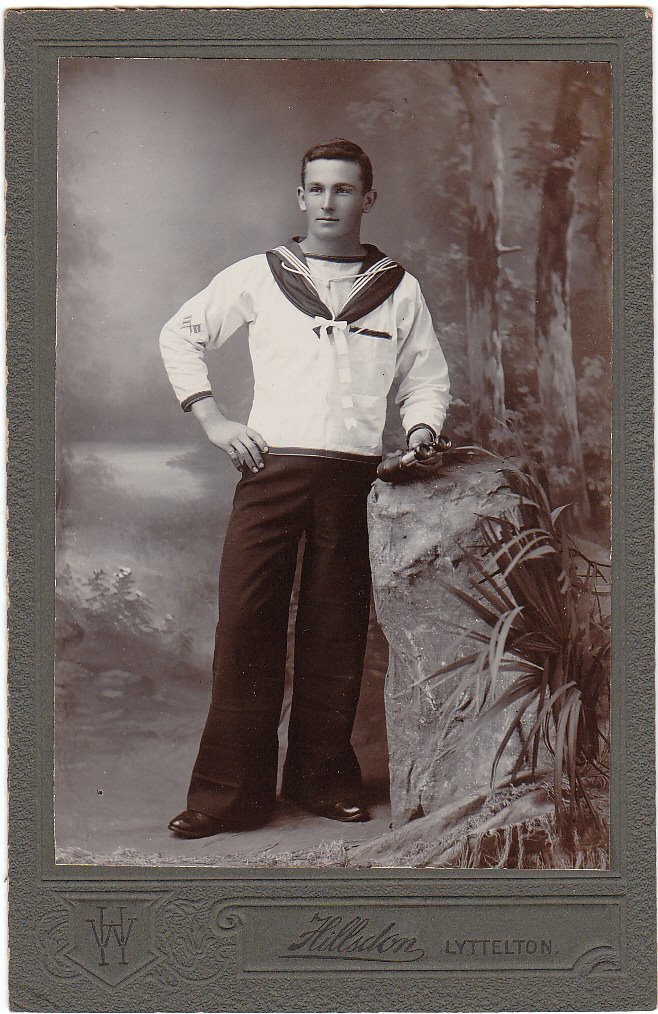 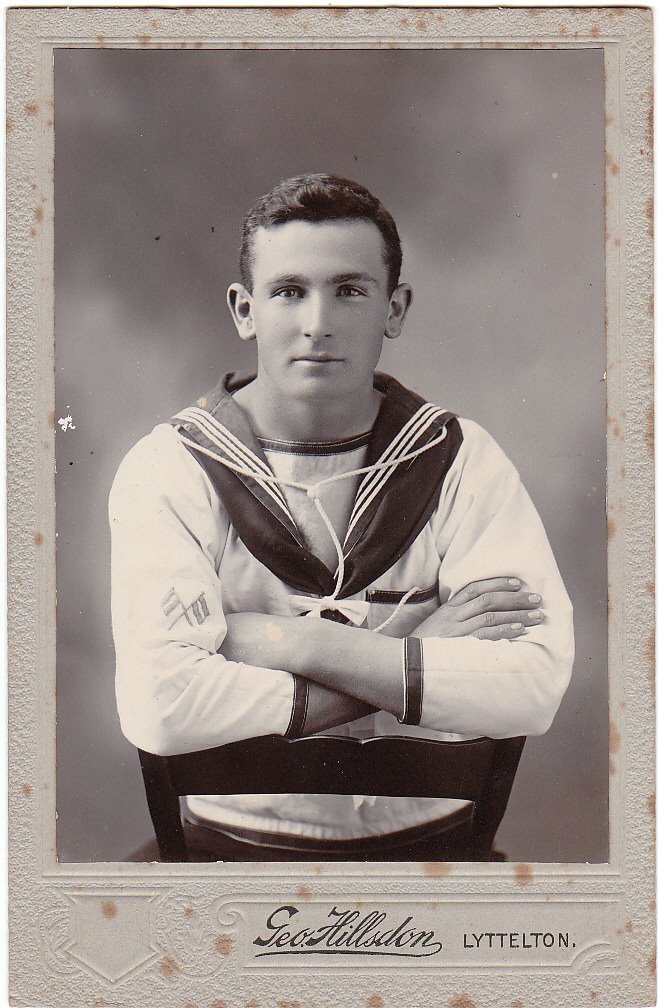 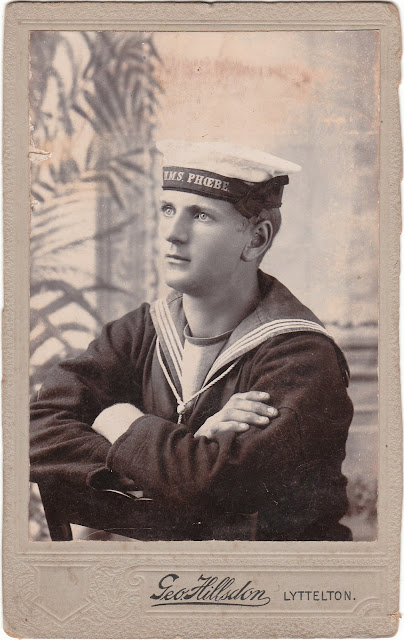 above - a sailor from HMS Phoebe, possibly Harold Des Forges by George Hillsdon, Lyttelton
below - reverse 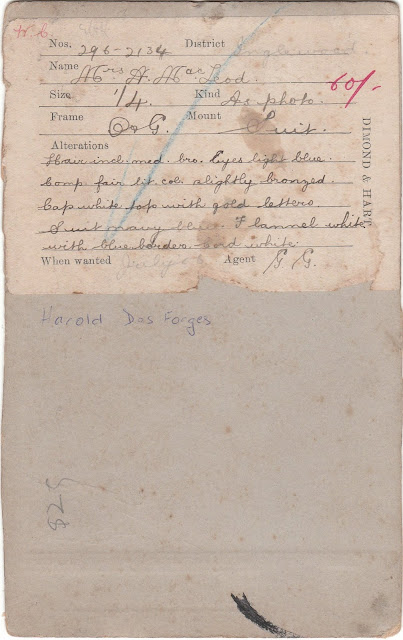 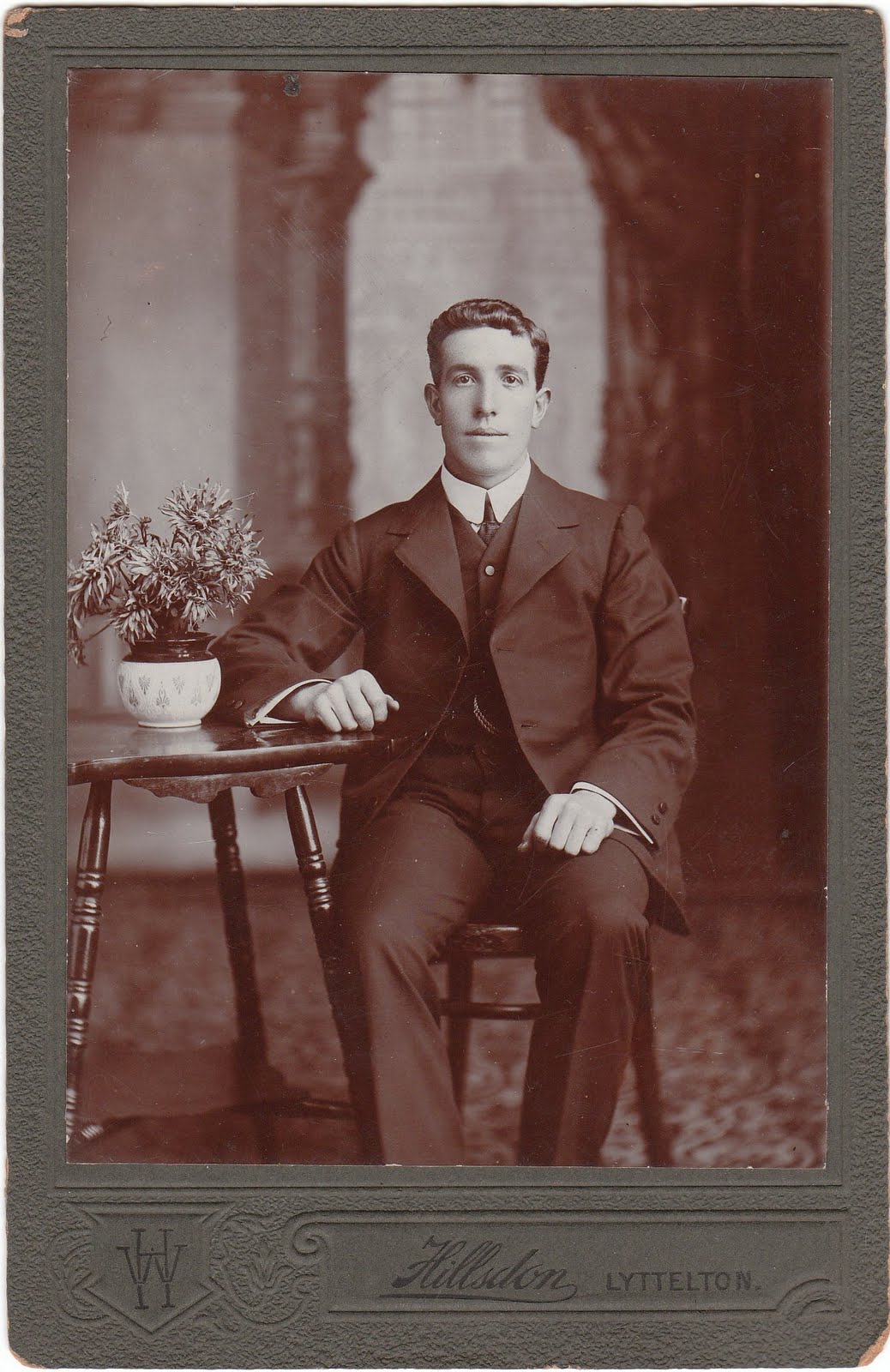 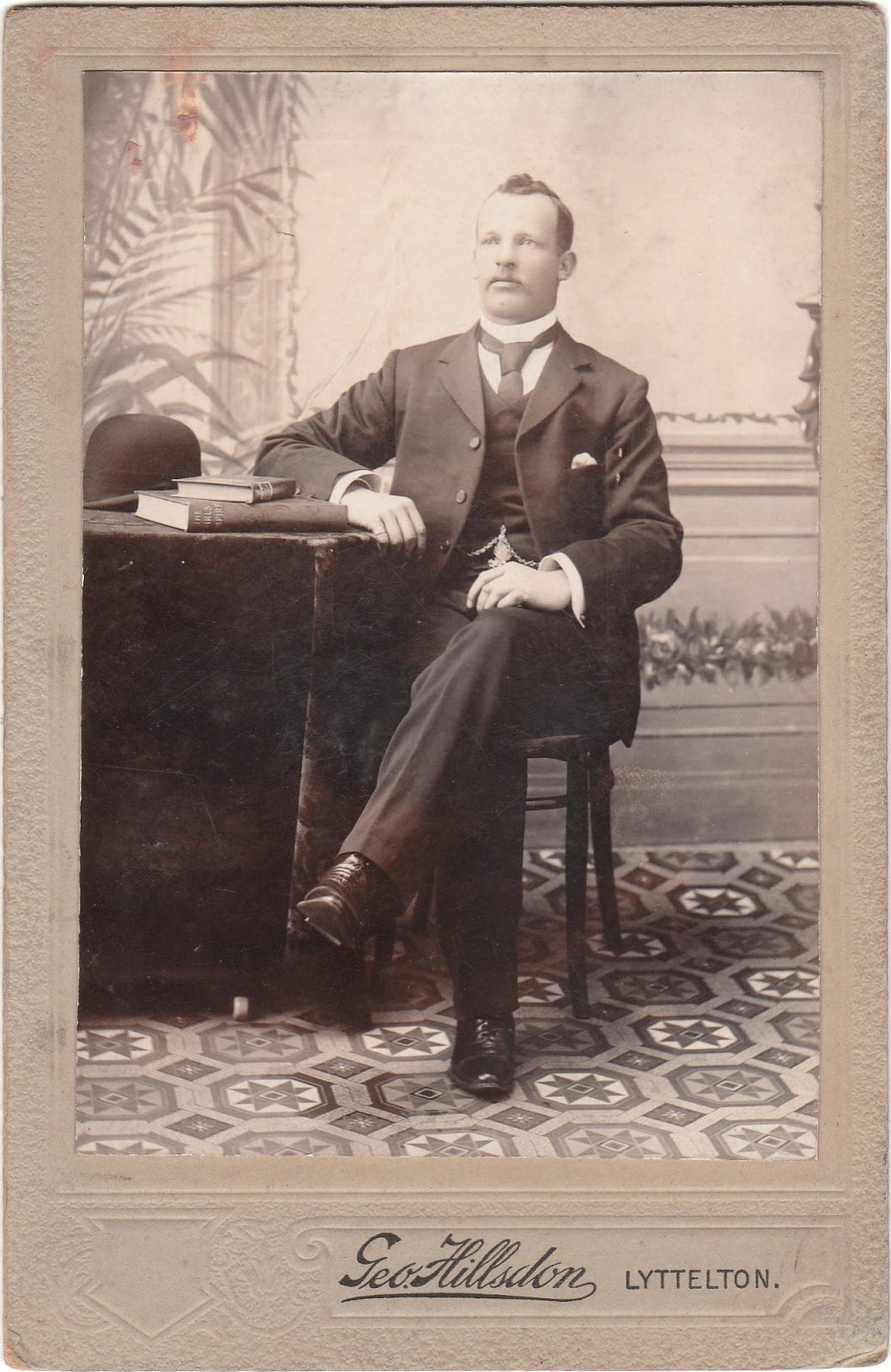 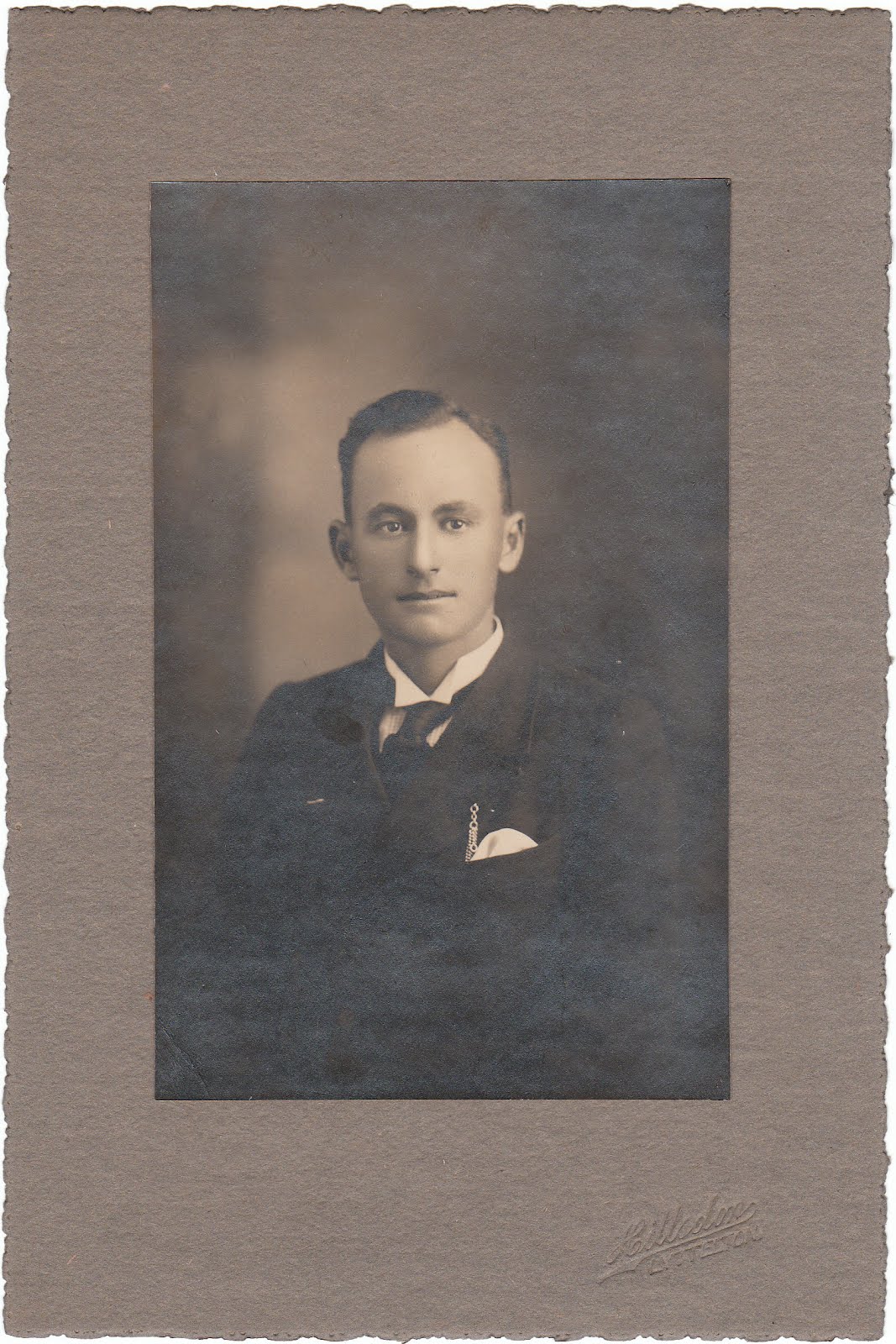 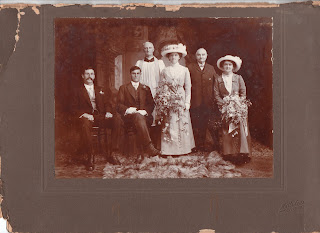 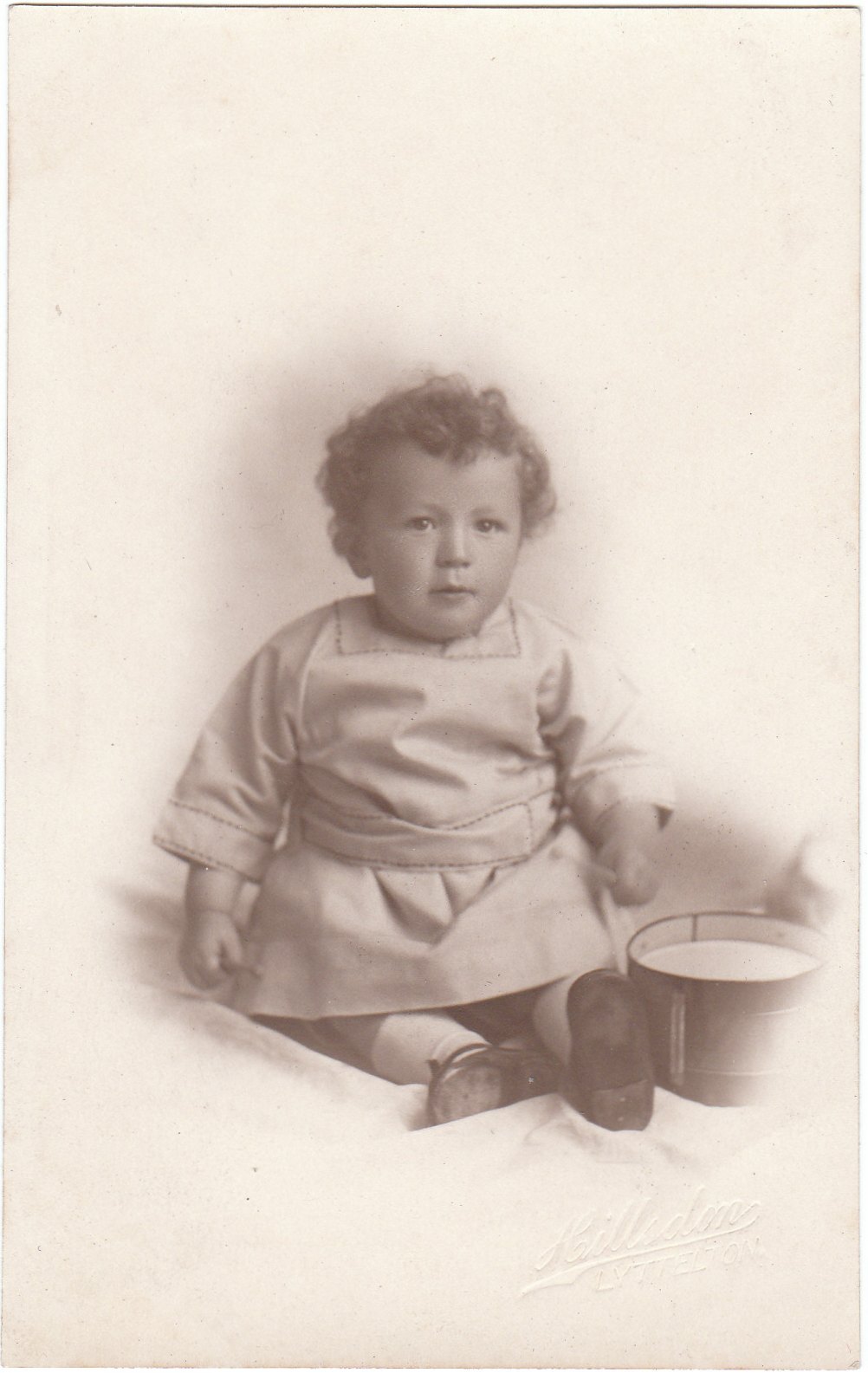 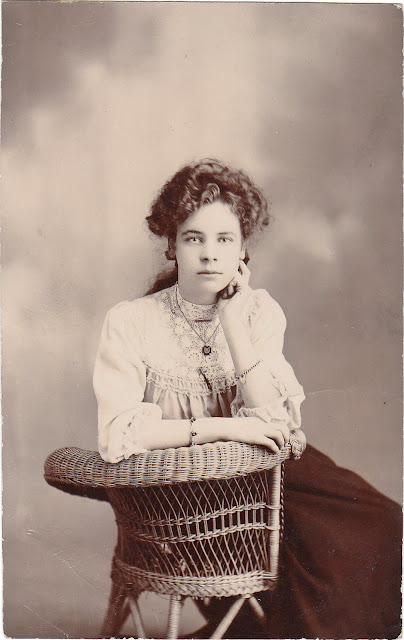 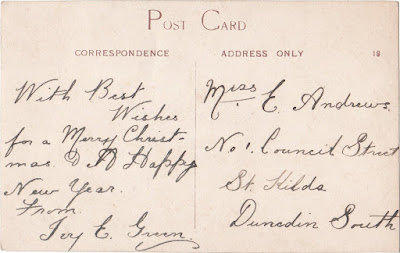 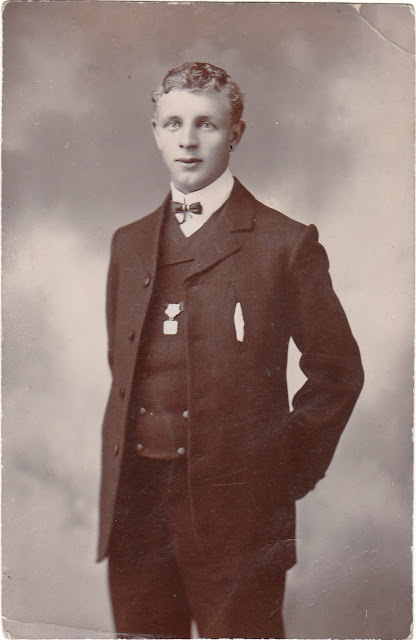 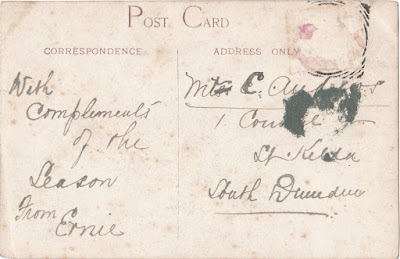 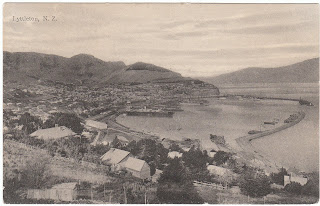 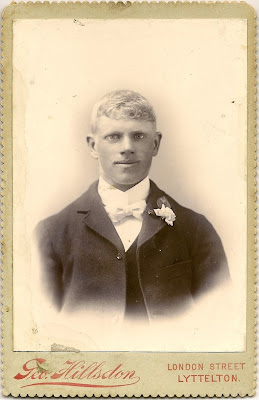 [1] Greymouth, February 11. Captain Hender of the Union Steam Ship Company's Kowhai, now in port, met Captain Scott [Robert Falcon Scott] on two occasions. The first was eleven years ago, when Captain Hender was one of the ship's company of the relief ship Morning, which took stores and other necessaries to the Discovery, meeting that vessel in latitude 79 south. The Morning brought back to New Zealand Lieutenant (now Sir Ernest) Shackleton. who was invalided home, and nine others of the Discovery's crew. The next time Captain Hender met Captain Scott was in Lyttelton on his return to New Zealand about a year later.

''Captain Scott was not a man to talk much to anyone." said Captain Hender, to a "Star" representative. " He nevertheless was a splendid fellow, extremely popular and greatly liked by everyone on board his ship -just the man for the job he had undertaken." The second officer of the Kowhai, Mr Hatfield, one of the Morning's company on the second relief expedition, also had many opportunities of noticing how Captain Scott was esteemed, admired and loved by every man connected with the expedition.


RETIREMENT ANNOUNCED (0.C.) WELLINGTON, this day. The Union Steam Ship Company announces the retirement, after 40 years' service, of Captain Walter William Hender, O.B.E., master of the Narbada. Captain Hender was born in Stafford, Staffordshire, on November 27, 1879, and went to sea in sail at the age of 15. After 10 years' service in sail and steam he entered the U.S.S. Company's employ on September 19, 1904, as third officer of the first Talune. In July, 1906, he was promoted to second officer of the Tarawera and subsequently came ashore to sit for his extra master's certificate at Auckland prior to being appointed first mate of the ship Dartford in May, 1908. Next he was transferred to the Kotuku, and later to the first Monowai and Mokoia, and finally reached the position of master on July 29, 1912, when he took command of the Squall. During the past 32 years Captain Hender has had charge of many of the company's vessels. In March, 1926, he entered the transpacific cargo service upon assuming command of the Waitemata, and later commanded other ships in the same service, alternating with a short period in the Sussex in the Calcutta-East Indies cargo service. In October, 1929, Captain Hender was sent to the United Kingdom to take charge of the collier Karepo, and assumed command during the following month, remaining in that vessel for a brief period after her arrival in New Zealand. In January, 1931, he was appointed to the Narbada, engaged in the Calcutta East Indies service, remaining there till recently but for short relieving periods. A few months after the outbreak of the present war the Narbada came under the control of the British Ministry of War Transport and has made many voyages to distant parts of the world, including the war areas. 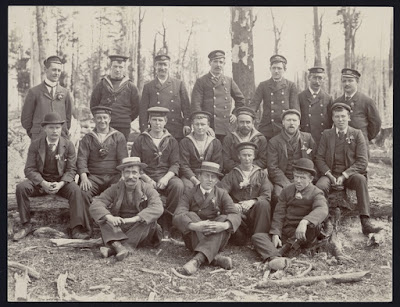 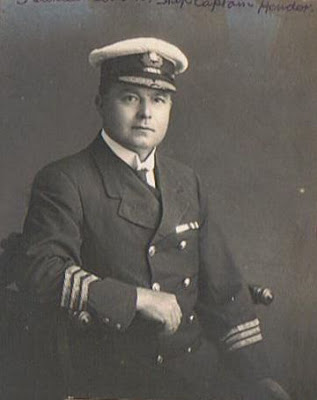 Posted by Early Canterbury Photography at 2:18 AM

Fascinating to read the information about the photographer. I have a photo taken of my great grandfather by him and never knew he'd been to New Zealand! He was in the Royal Navy so I guess it was on a posting when he stopped. This is the photo
http://www.rainham-history.co.uk/articleslist/270-arthur-percy-light-of-gillingham-kent

Good to see the Hillsdon photograph. If you know which ship your great grandfather served on I should be able to find when he was in Lyttelton.

Walter Hender was my grandmothers 1st cousin, are any of these photographs of him. He married George Hillsdons daughter. I only knew until recently that he had been to the south pole but I did know he'd emigrated to New Zealand. My father was also a merchant navy captain. I now live in Ireland. Are there any NZ relations out there. virtudee@gmail.com.

My grandmother Mary Jane grubys cousin was Walter William hender who married George hillsdons daughter. I didn't know until recently that he had gone to the south pole but did know that he'd emigrated to nz. My father was also a captain in the merchant navy Thomas Richard muckle. I live in Ireland do I have any nz relations out there.
Dee muckle.