Mr Nicholas' Photographic Studio.
We yesterday had the opportunity of inspecting the building at present in course of erection for Mr R. J. Nicholas, photographer, of Dee street. The structure when completed, which will be an accomplished fact tomorrow, will be one of the most magnificent of its kind in the colony, and it has been erected, in a manner worthy alike of the contractor, Mr Davey, and the architect, Mr Burwell. The entrance to the studio is from Dee street. Entering, we find ourselves in the waiting room, which is a compact room on the second floor of the building. We may here, remark that the building is a three storey one, the two upper storeys being occupied by Mr Nicholas. Adjoining this are the ladies' dressing rooms, and immediately opposite is the gentlemen's waiting room. Then comes the work-room, a building specially, adapted to the purpose, for which it is designed, and constructed with all the latest improvements. Mounting by a flight of stairs we enter the galleries, two in number, and which we venture to say cannot be equalled for general convenience or adaptability. They are well lighted by two magnificent glass windows, embracing both the north and south light, and when it is stated that it requires 100 yards of blinds to cover these enormous windows some little idea may be gleaned as to the light which finds its way into the galleries. The windows are erected at a very large cost, and will be found to answer all requirements. The "dark room" is well ventilated and in every way complete. These rooms comprise the studio, and they have been erected at a large expense, and in the most finished manner possible, and will, no doubt, in time amply repay the energetic proprietor. In the old studio Mr Nicholas has on view a number of beautifully executed specimens, of the photographer's art; these are admirably finished and represent a number of well-known citizens. The portraits of several children are splendidly taken, and it is surprising that such life-like and natural carte-de-visites can; be got of these ever restless individuals. Altogether, the portraits are equal to those generally produced by Home photographers. 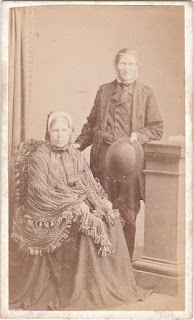 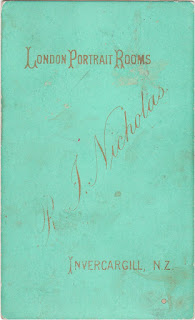 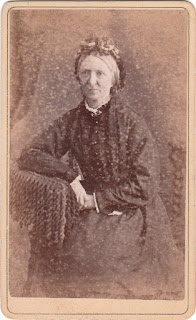 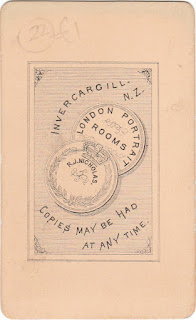 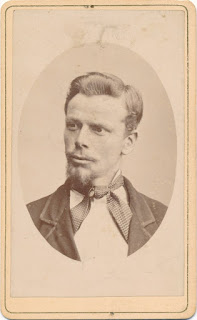 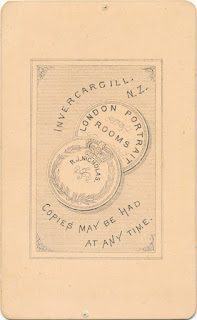 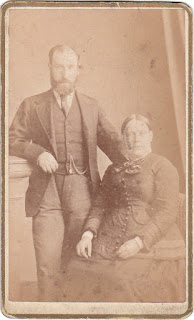 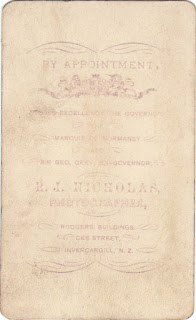 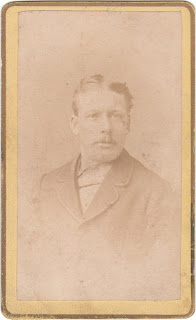 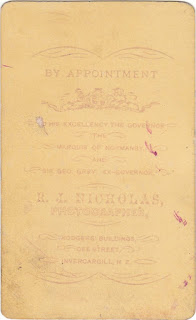 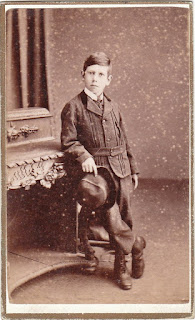 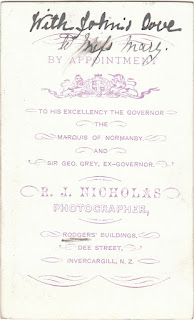 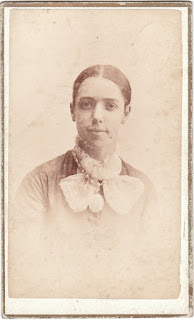 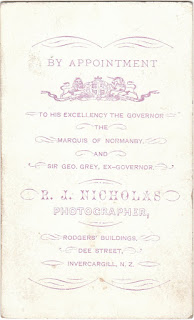 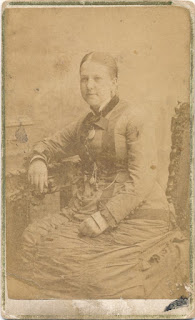 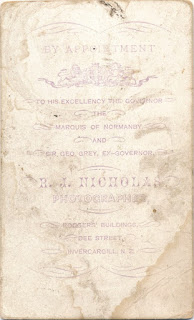 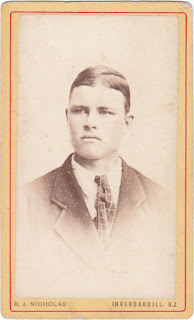 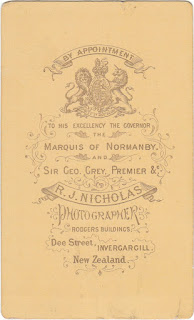 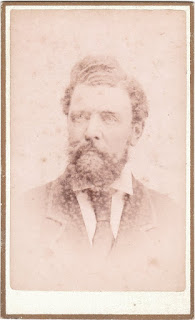 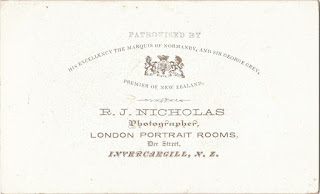 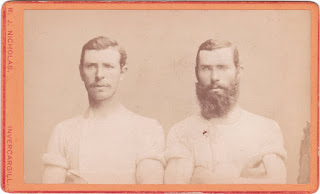 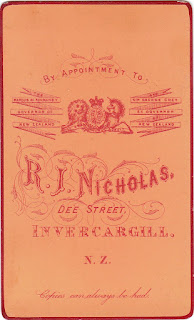 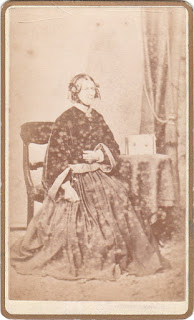 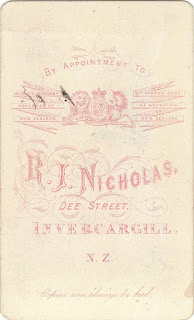 Photography. — Two excellent specimens of the photographer's art were shown to us yesterday by Mr R. J. Nicholas, of the London Portrait Rooms, Dee street. The pictures, which are of a large size, 6 by 9 inches, are worthy of all praise from an artistic point of view, conveying, evidently, minutely accurate representations of the scenes they depict, and being finished in every respect in a very high-class style. But apart from the general interest attaching to them an (sic) account of their intrinsic merit, they will attract special attention in consideration of their exhibiting the features of a spot in our neighborhood towards which many eager eyes are at present turned. Both photos are views of Printz's claim, Longwood. One of them shows the entrance to the drive, a bit of tramway, a group of workmen, &c, &c, with a background of virgin bush; the other displays the progress made in the erection of the crushing machinery; a perfect maze of beams and spars, with artisans at work upon and about it. To those who have not visited the Longwood, the pictures will convey a very accurate idea of the magnitude of the operations now in progress there, and of the difficulties under which they are being carried on.

My first posting to this list and hoping you can help!
I am interested in tracing the lives of Richard John NICHOLAS, his wife Alice Clementine TARLTON and son William Harold Tarlton NICHOLAS.

Richard was born in St. Stephen in Brannel, Cornwall UK in 1844, then lived from 1860's in New Zealand, and from 1880's to Australia living in various places including Launceston, Lismore, Mackay and the south sea islands and southern Africa. He married Alice in 1877 and she died in Queensland, Australia in 1929 apparently without family present.
Richard and Alice's son, William was born in Launceston, Australia in 1881 and died approx 1838 in Kenya. He married Joan LONGWORTH in England in 1920 and she died in 1989 Durban, South Africa. I believe that William and Joan’s descendants remained in South Africa.

Richard (including his brothers), Alice and William were photographers and travelled where ever the business took them. I believe that Richard may have died in Kenya after 1910's, but I don't know where or what he did over there. William was still in Australia in 1903, but I don't know what happened to him after that apart from his marriage and when he died.

Several members of the TARLTON family also moved from Australia to South Africa and surrounds prior to William settling there, and I assume that they were extended family of the NICHOLAS’s.

Any information on these people would be much appreciated,
Many thanks, Virginia, Sydney, Australia

Posted by Early Canterbury Photography at 2:22 AM

This is Richard John Nicholas b. 1844 in Cornwall, brother of photographer Collan Nicholas of Milton, Tokomairiro and elswhere. He set up in Hobart and Launceston, Tasmania afterwards. Cheers! Marcel Safier, Brisbane, Australia

This is Richard John Nicholas, who was in business with another brother, James Martyn Nicholas at the London Portrait Rooms. When in Launceston he was the photographer for the 1892 exhibition, and he collected a notebook with named photos of everyone who went to the exhibition in any capacity. This notebook surfaced in family property after 50 years and its importance to the history of the area was quickly recognised. It is now known as the Launceston family album, and members of the public are able to add their own information as to what happened to the attendees. I have yet to find a photo of Richard, however, and accurate information about what happened to him. Margaret Nicholas ( and yes, related)

Margaret/anyone - do you know if there are any photos of William Nicholas and his 1st wife Rebecca (Lily) Kerr (she died 1888 NZ).