opened studio in Wanganui in 1882
succeeded by Frank James Denton in Wanganui 16 October 1899. 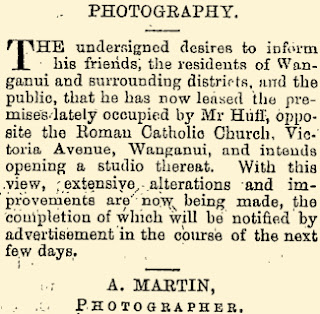 Martin, Alfred, Photographer, Victoria Avenue, Wanganui. Telegraphic address “Martin, Wanganui.” P.O. Box 4. Bankers, Bank of New South Wales. Mr. Martin is a native of England, and came to Lyttelton in 1866, by way of Melbourne. He opened his studio in Wanganui in 1882. He has first-class premises in Victoria Avenue, including a wood and iron building of two stories in height, erected on leasehold ground for the purposes of the business. The total floorage space afforded by the premises exceeds 7000 square feet. There is a splendid vestibule in front, which is literally filled with striking specimens of Mr. Martin's work. Mr. Martin's studio is a very fine workroom thirty-six feet by eighteen feet, constructed on the most approved plan. The upper story of the main building contains seven rooms, each devoted to the various branches of work, and provided with every convenience. Mr. Martin has been long known as a first-class artist, and there are few houses in the vicinity of Wanganui that do not contain samples of his work. His trade extends throughout the Colony. He is an importer of photographic goods, and undertakes both portraiture and landscape work. Mr. Martin was previously in business in Christchurch for about five years. 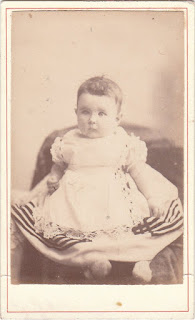 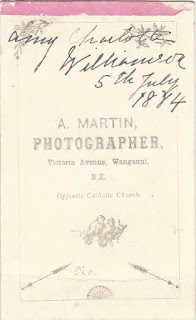 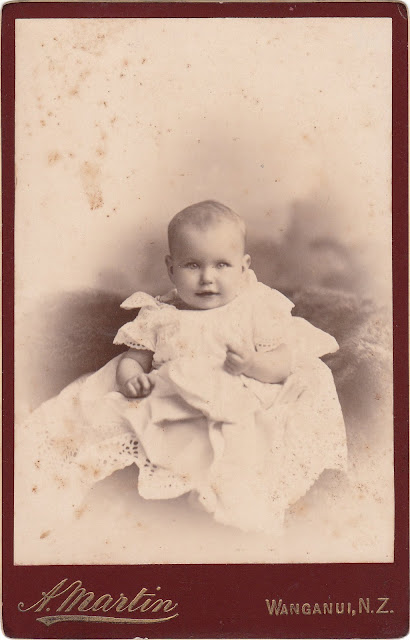 above - an unidentified baby
by Alfred Martin, Wanganui 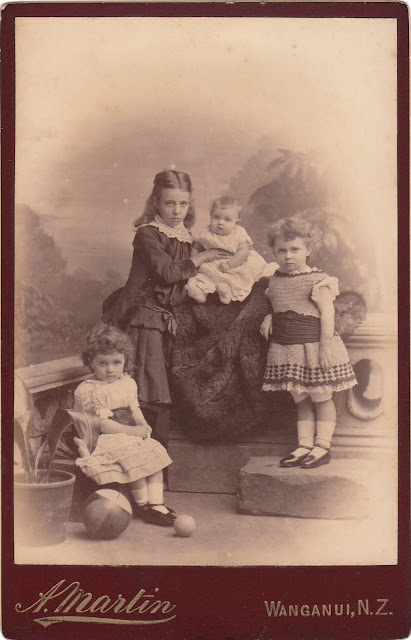 above - a group of unidentified children
by Alfred Martin, Wanganui 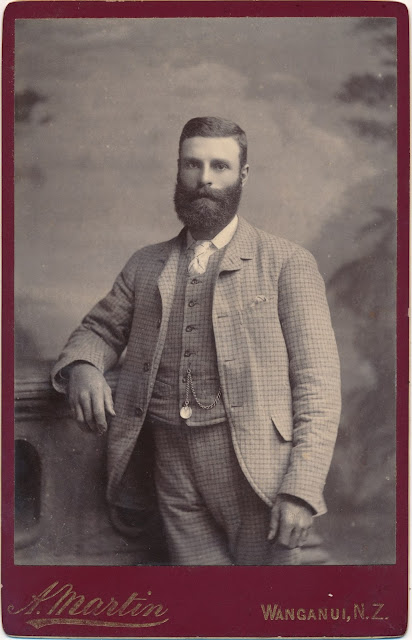 above - an unidentified man
by Alfred Martin, Wanganui
[purchased August 2020] 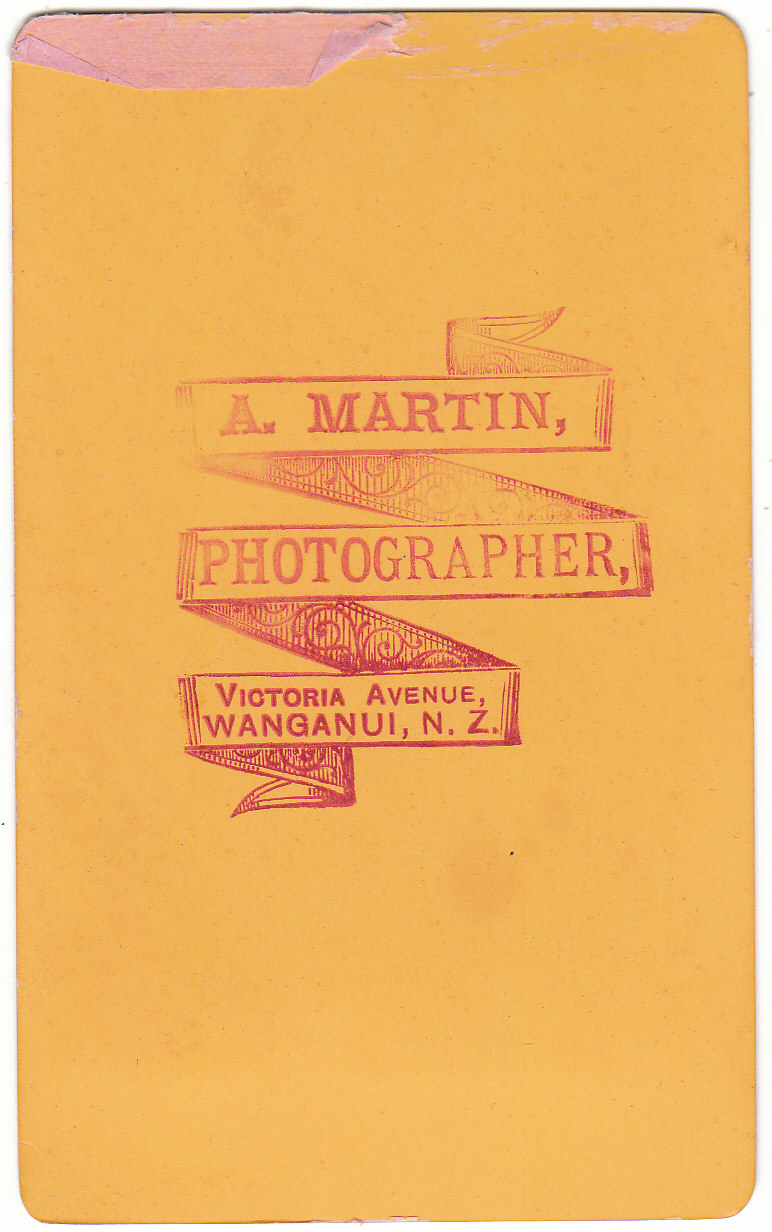 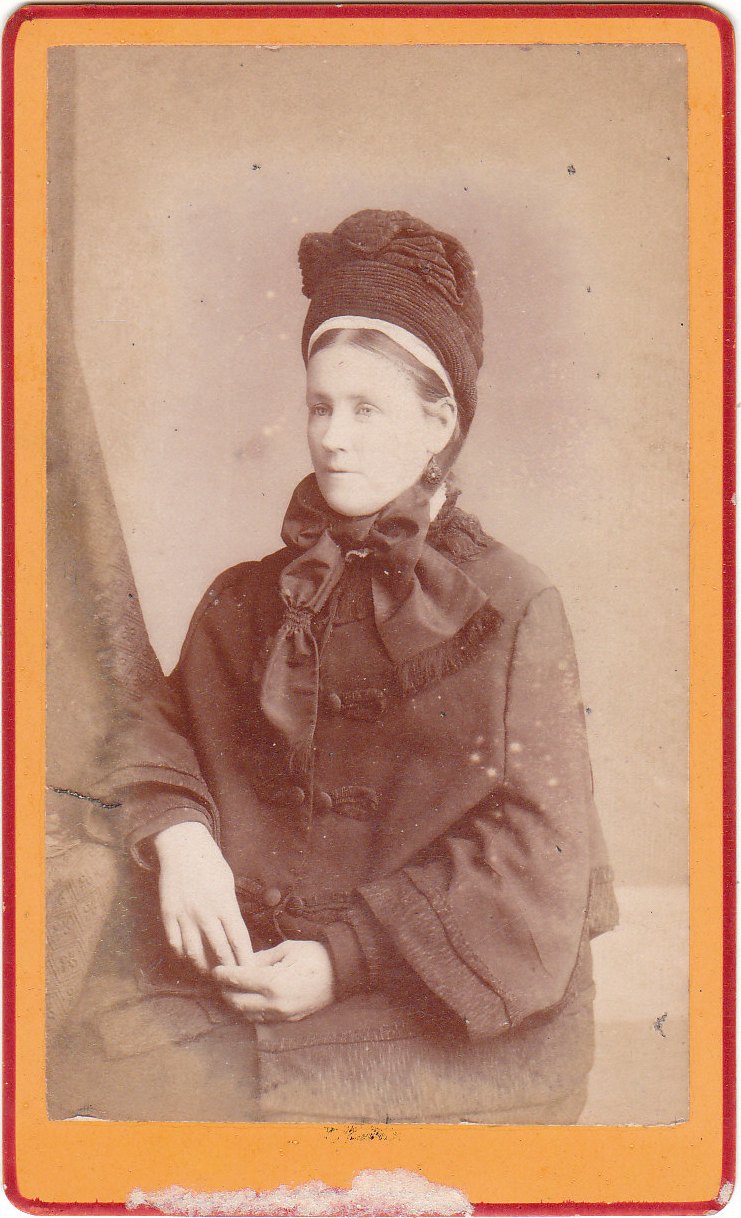 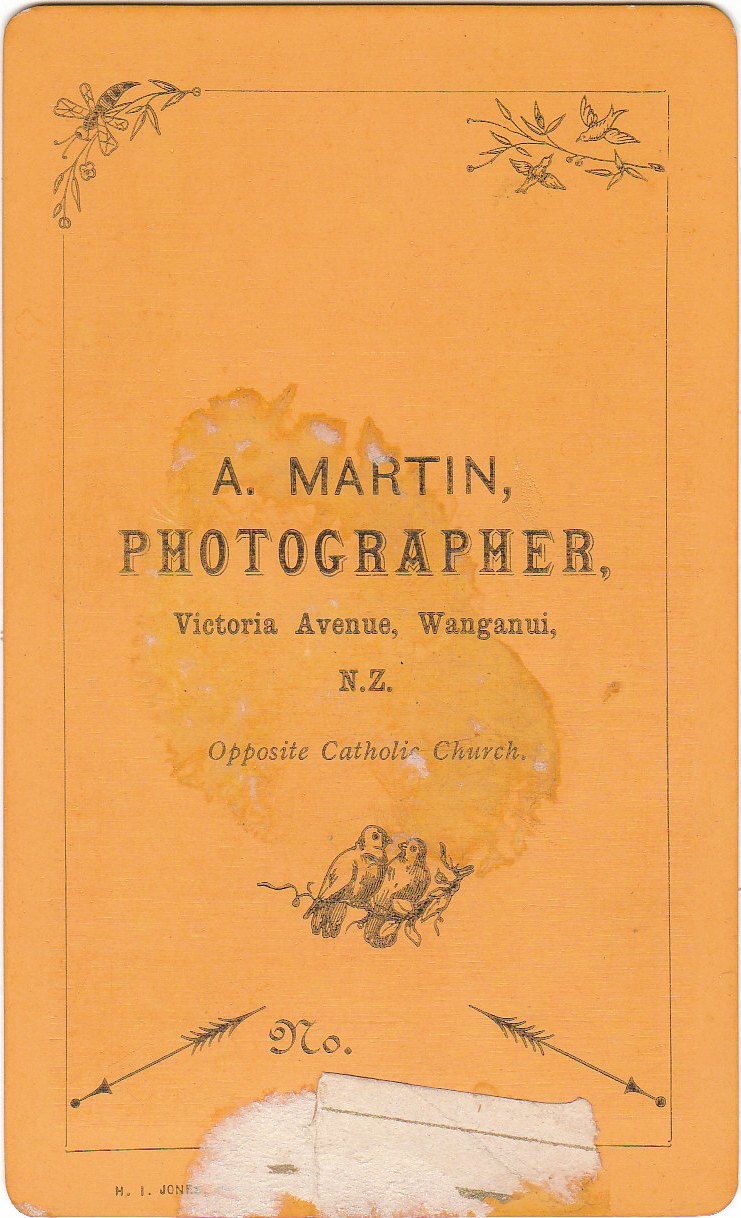 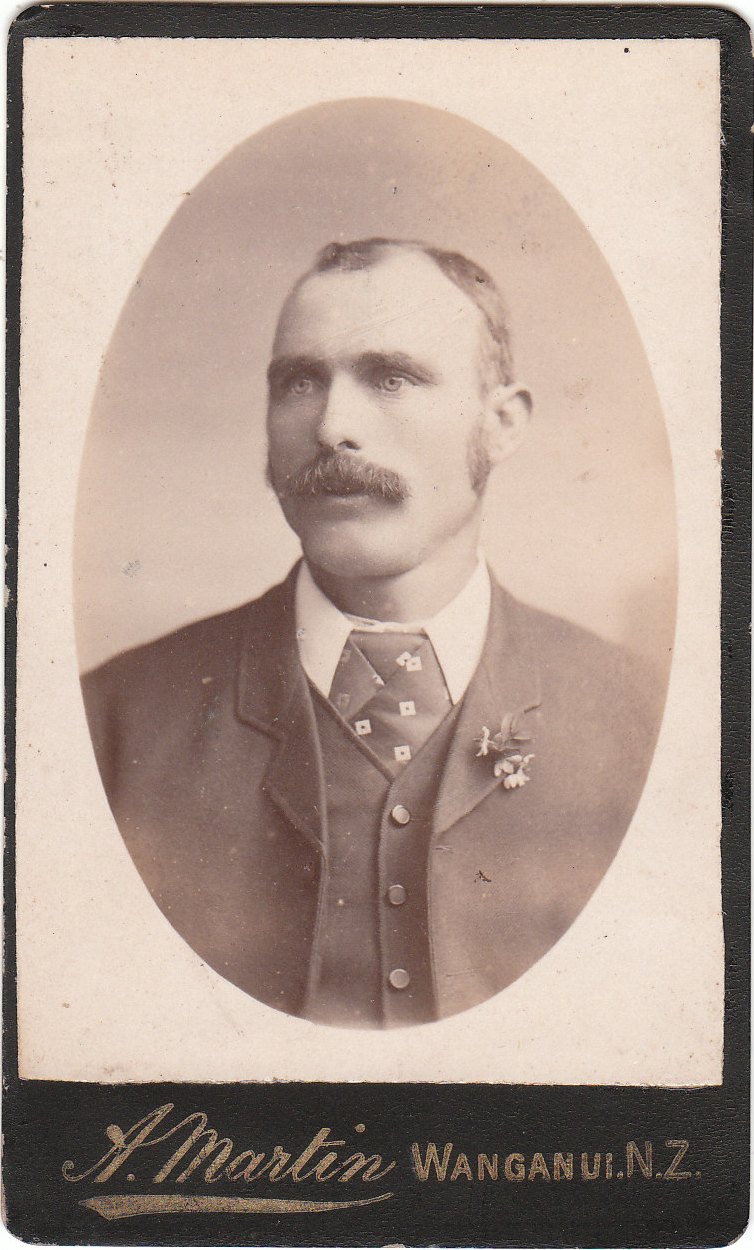 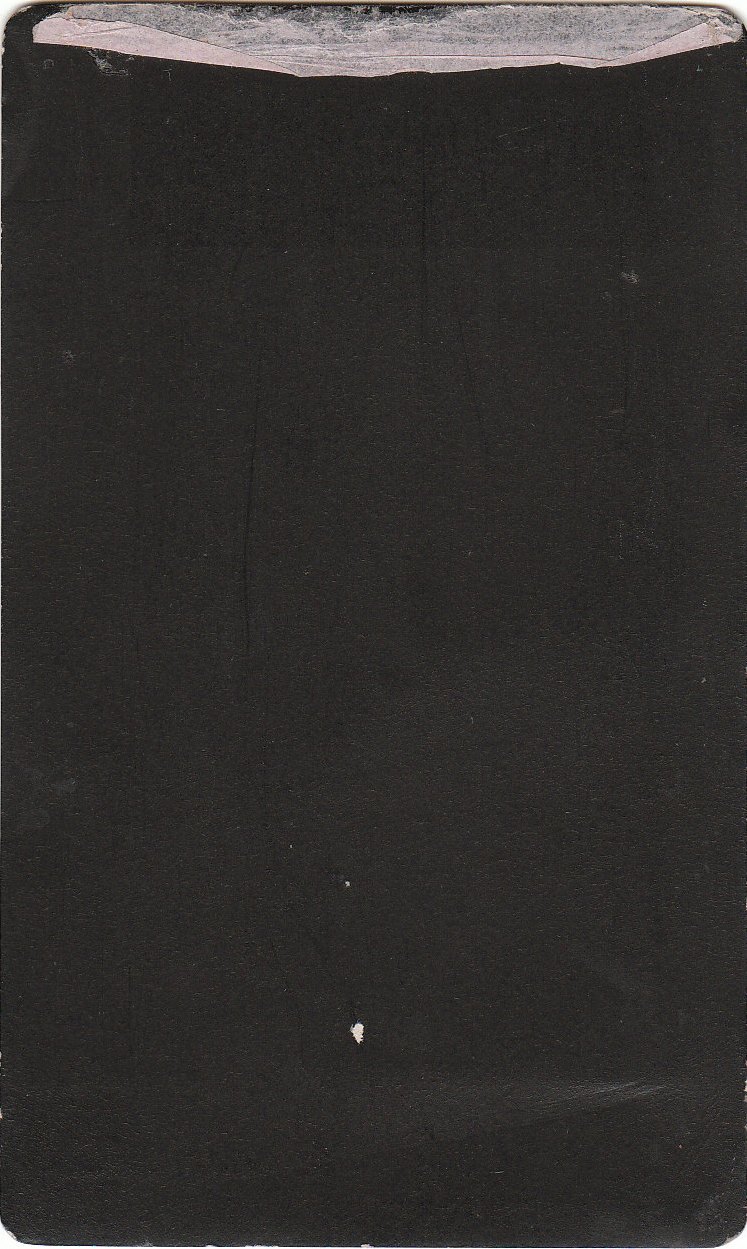