On the Arthur River, Milford Sound
by Hart, Campbell and Co.
Naseby ... Messrs Hart, Campbell, and Co., travelling photographers, while here, have originated a capital idea in photography, which consists in attaching at the bottom of a vignette portrait, the autograph of the subject. The autograph, written separately on a piece of paper, is photographed and printed at the bottom of the carte. All that it required is to write the signature a little larger than ordinary, and the photographers reproduce it capitally. Although the idea is only about a fortnight old Hart, Campbell, and Co. claim to have originated it) it has become already quite the correct thing, and a vignette of a gentleman is considered incomplete without the autograph attached.
North Otago Times, Volume XXV, Issue 1398, 5 October 1876, Page 2

Macrae's Flat ... Messrs Hart, Campbell, and Co., photographers, are residing here just now, and intend staying a few days longer, prior to their departure for Hyde. They undoubtedly understand their business well, and the work exhibited by them is very creditable: some landscape scenery taken by them on Sir Francis Bell's station is very well executed indeed.
Bruce Herald, Volume IX, Issue 800, 5 May 1876, Page 5


Photographic Views. — We were yesterday shown some really very fine views taken by the wellknown artists Messrs Hart Campbell, and Co. They are in the possession of Mr E. H. Whitmore, and comprise; various scenes of the Lakes district including a few capital representations of mining operations at Macetown. A number of them are intended for distribution to the lowest prizetakers in the forthcoming Art Union, while others are for private sale.
Southland Times, Issue 3420, 6 June 1879, Page 2
Views. We have been shown by Mr E. H. Whitmore a number of capital views of Lake scenery. They are photos by those well known artists Messrs Hart, Campbell, and Co. and must go far to enhance their already well founded reputation. Better views of the superlative scenery that abounds on every hand at Lake Wakatip and Lake Hayes we have seldom seen, and would recommend, all who take an interest in such things to pay Mr Whitmore a visit and obtain a sight for themselves. The views are intended for his forthcoming art union.
Southland Times, Issue 3564, 22 November 1879, Page 2
Southland Times, Issue 3761, 12 July 1880, Page 3

Photography. — Messrs Hart, Campbell and Co., the well-known photographers, have opened a studio in Tay street, next door to Mr Whitmore, bookseller. At the recent exhibition of pictures in the Athenaeum, it will be remembered, Messrs Hart, Campbell and Co. showed a collection of views taken in the neighborhood of Lake Wakatipu. The excellence of these pictures could not be disputed, and must have satisfied all who saw them of the ability of the artists. They were, we believe, no more than a fair sample of the work from the same studio. If the firm are as successful in portraiture as in scenic photography, they will no doubt receive a liberal share of the public patronage in that branch as well as in the other.
Southland Times, Issue 3793, 17 August 1880, Page 2
Notice is Hereby Given that the Partnership heretofore subsisting between us, the undersigned, William Paterson Hart and Charles Campbell, lately carrying on business together at Invercargill under the style or firm of "Hart, Campbell and Co." has been dissolved by mutual consent as from the day of the date hereof by the retirement of Mr Charles Campbell, and the business will henceforth be carried on by Mr W. P. Hart, who will collect the partnership debts and be responsible for the partnership liabilities.
Dated this 28th day of August, 1886. 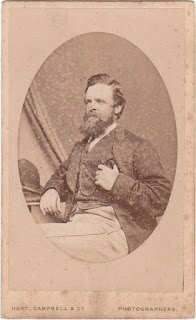 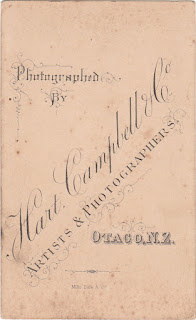 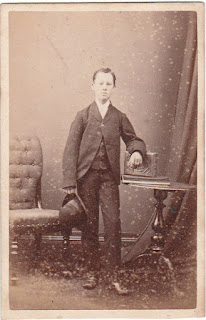 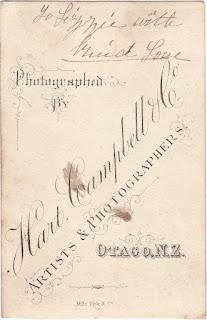 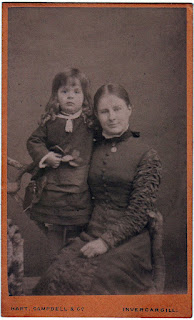 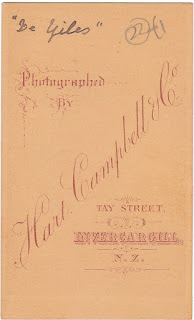 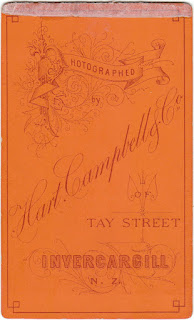 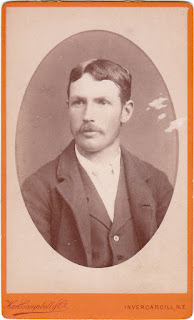 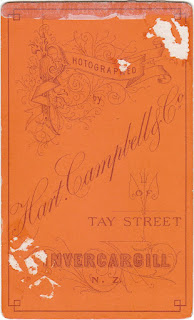 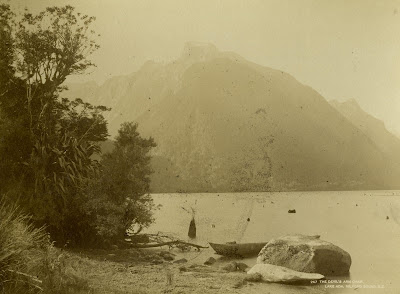 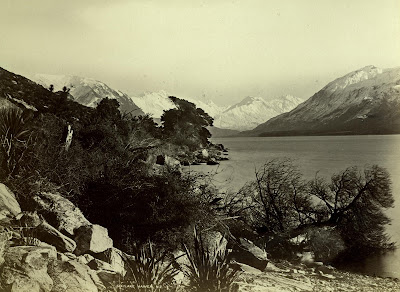